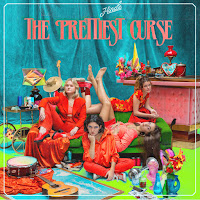 Madrid-based indie rock band, Hinds has released their third studio album, The Prettiest Curse, a collection of textured, guitar-driven power pop sure to please a broad range of music fans. Originally named "Deers," they changed their name in 2014 due to legal threats from a band name "The Dears." "Hinds" actually means female deers.
Don't be fooled by the cover art. This ain't no pajama party. The sound is hard, hooky, and infectious without being syrupy. The music will march into your brain and take up residency. And while it ain't no pajama party, soul-bearing confessions and heartfelt admonitions overtake the conversation. The blistering guitar screaming out in the most desperate moments underscores a unique sense of both yearning and resolve in the lyrics.
Hinds are benefactors of their geography. The sonic sensibilities and perspectives gained by creating music in Madrid and outside the influence of the U.S. pop machine are evident. This infusion is a jolt of adrenaline into the dying beast. "The Prettiest Curse" strengthens the band's restless abandon while adding more prominent drums, fuzzier guitars, and more passionate choruses.
"Riding Solo," "Take Me Back," and "Burn" are a few of the standout tracks rife with hooks, clapbacks, and singalong choruses. There's a powerful punk-pop undercurrent and an unrelenting attitude which only serves to strengthen the offering and accelerate the rush of adrenaline to your brain. That said, there are moments on the album which drift into the more formulaic and predictable garage-pop sound, yet they are few and far between.
All tolled, The Prettiest Curse has a quick absorption rate. It gets into your blood instantly and is one of 2020's biggest surprises.
- Tom Endyke | Guitar & Pen
Posted by Tom Endyke at 6/08/2020 No comments:

British Indie Rock Band The Loft Club is Breaking Out of the UK and Germany into the US! 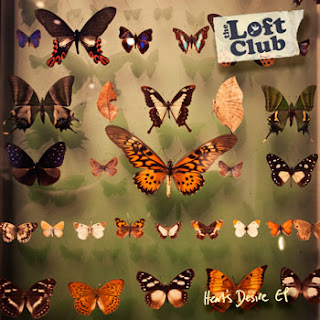 Studio City, CA - Lightyear Entertainment, after initially releasing the debut EP, “Heart’s Desire” from England’s The Loft Club in October, 2016, and a Niklas Ibach remix of the title track in November, is pleased to report that the band has now exceeded 200,000 spins on Spotify, with over 70,000 monthly listeners, has been added to a number of significant playlists, and is gaining a growing number of listeners and followers in the United States.

One British blogger, Listen With Monger, said early on “Essentially, this is the music that the Beatles would have produced if, instead of getting introspective in India, they’d gone to the Mid-West with a burnt out double decker and gone native for a few months. The remix, by producer Niklas Ibach, turns the spirit of the song on its head and…we are treated to a floaty, airy slice of Zero 7 meets Above & Beyond in chill out mode which is no bad thing. So, here we have a talented band with a great single.”

Lightyear CEO Arnie Holland said: “The Loft Club demo showed up with no introduction last summer, and by a stroke of luck, I decided to listen to it anyway. Within 30 seconds I was hooked by the melodies, harmonies, and infectious beat.”

Sky Spooner, Lightyear’s VP of A&R said “The initial plan was to let the band organically grow in its home territory of the UK. But now we’re seeing signs that their followers are spreading worldwide. We’re starting to see spins in the U.S. as well; Manhattan and Los Angeles are in the top ten worldwide markets now. ”

The Loft Club is available worldwide on the Lightyear label through Caroline/Universal Music Group. 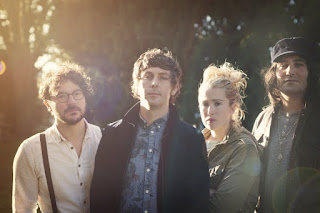 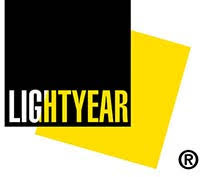 Lightyear Entertainment, a distributor of independent films and music, was founded in 1987. www.lightyear.com
Posted by Glass Onyon PR at 4/06/2017 No comments: 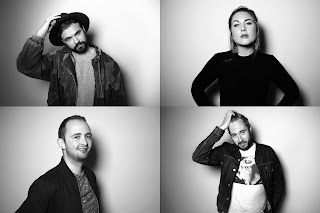 Female fronted electronic pop group Kid Cupid explore internal conflicts with their latest single ‘Broken Down’. The electro act fuses soul, electronic and indie rock to form an infectious style like no other.

The quartet captures the atmosphere and attitudes of society, focusing less on relationships but rather on the wider picture, acting as thought provoking social commentaries. Their unique outlook on life is represented in the feisty single ‘Broken Down’, about someone fighting back and making a change for the better. From the songs hauntingly slow build to its defiant crescendo, it takes us on a journey of self-betrayal to discovery full of driving beats and swelling cello.

Although drawing comparisons to London Grammar and Chvrches, Kid Cupid focus on backing vocals that compliment lead vocalist Laura Shaw’s strong voice. Gang vocals are also used in many of their tracks, whereby the band layer their vocals together, creating an enchanting sound. Geordie singer, Laura Shaw, is also a huge advocate for equality in the industry and feels very strongly about current attitudes worldwide towards gender divides. 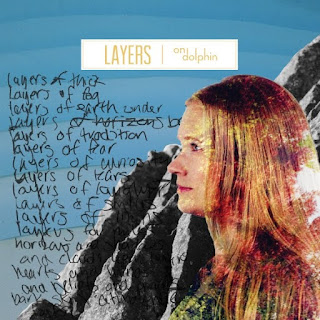 San Francisco - Bay Area music ensemble On Dolphin will be releasing their debut album “LAYERS” on vinyl on July 22, 2016! Fronted by Melissa Lyn, the band's music has been described as “Indie rock for people that are hopeful and curious.” The band's new album explores the evolutions of ideas from curiosity and experience to beliefs and knowledge. And, finding comfort within the structures of family and community while making space to be.

“The sounds range from straight forward rock on the opening track 'more good days', the thick drum beat and dreamy soundscape of 'dance in the kitchen', to the textured and orchestral dynamics of 'New York' and title track 'Layers'.” - FalafelRockNews

“LAYERS” - This album was born in a barn - Melissa Lyn

“Fresh out of a relationship and laid off from my day job, I left the city on a series of travels and adventures, landing in a Barn in Northern California. I was settling into my new home, reflecting on poems and sounds from my trip to Africa, when I finished writing the title track 'Layers' and the following song 'Worth the Drive'. I was exploring the contrasting layers of traditions and comfort amidst new beliefs and landscapes.

“In The Barn, I was surrounded by 360 degrees of nature, with horses downstairs and chickens outside.  It was peaceful and inspiring and I was writing a lot. The songs 'Dance in the Kitchen' and 'Inventing Fences' are stories of my assimilation into the new space and the community that was quickly growing around me. I became very active in the local music scene attending weekly open mics. One night, at Bazaar Cafe I met Ryan Clark. It was a pleasant meeting, though neither of us predicted that we would marry exactly one year later.

“Ryan was building his recording business and helped me prepare and complete my first solo EP 'Roads'.  We set up a part-time recording studio in the bedroom at The Barn. Friends and band mates joined us for retreat-style recording. 'Together' and 'Laugh it Off 'are a tribute to a community of musicians working together to bring songs and ideas to life.

“We married and moved into a tiny room in the city of San Francisco, a huge transition from the country space that The Barn provided. Writing continued to be the best way to identify new feelings and reflect on joys and pains. 'Slowdown' and 'More Good Days' represent the challenges of a crowded city life. I made space for myself in Yogic chanting and joined the Vak Choir project. 'Let a Little Light' was born as I explored my breath and sound in a new way.

“We found more space in a larger apartment down the road and began building our life, and this album, together. Ryan is an amazing producer and multi-instrumentalist. His arrangements and vision really brought these songs to life.

“To say that our friends' vocal and instrumental talents added color and texture to these recordings is an understatement. These folks add color and texture to our lives. The support in the San Francisco songwriting community is like super food to a developing musician. The contrasting layers culminate in New York. A 'coming home' song about Love & Frustration, Wanderlust & Home.”

“Worthy of a Quentin Tarantino film, 'Worth The Drive,' by On Dolphin is worth the listen.” - Indie Shuffle

Melissa Lyn - guitar & vocals: An active member of the SF songwriter scene since 2008, Melissa Lyn hosted and curated, Songwriter Saturdays at the Exit Theatre. She has booked and shared the stage with over 150 bay area songwriters and bands between 2011 and 2015. She released her debut solo EP Roads in 2012 and started On Dolphin in 2015.

Anderai Maldonado - bass: Anderai has performed in numerous musical projects from ska to jazz... From Puerto Rico to San Francisco. Crafting bass lines that move you.

​Nathan Dennen - keys: Born and raised in the small country town of Oakdale, California, Nathan started learning piano at the age of six. Though he took a couple years off to teach himself guitar he eventually fell back into his old piano playing ways and started writing songs. His music has been described as a mash-up of old saloon style, mixed with a little jazz and a touch of folk funk; if such a thing exists. www.nathandennen.com

In closing On Dolphin has this to impart, “Peel away the layers, live truth!”

To purchase On Dolphin's "LAYERS": www.ondolphin.bandcamp.com