Multi-instrumentalist and Composer Rachel Flowers to Release Third Solo Album “Bigger on the Inside” October 1, 2021 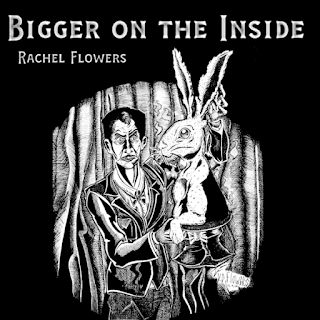 California multi-instrumentalist and composer Rachel Flowers will be releasing her eagerly awaited new solo album on October 1, 2021. Rachel demonstrates with her latest effort that she truly is, as the title suggests, “Bigger on the Inside.” As a composer, Rachel seamlessly weaves together elements of progressive rock, jazz, classical, and pop music with cinematic orchestrations, soaring melodies, and virtuosic playing. Top this off with Rachel's 3 1/2 octave vocal range and her uncanny ability to explore universal themes ranging from love, joy, and hope to depression, bullying, and fear of an uncertain future with sensitivity and optimism, and you have an album that is destined to stand the test of time.

Says Rachel, “I was inspired by composers and bands like Ambrosia, Frank Zappa, and Keith Emerson while writing the songs on ‘Bigger on the Inside.’ Some songs were inspired by or even heard in dreams. Others were improvised during the recording process. Sometimes just hearing a new piano sound can lead to inspiration. Some of my lyrics just come from my imagination and others come from real experience.” 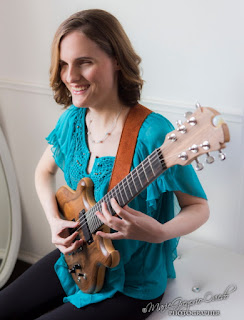 Rachel Flowers is recognized worldwide as a multi-instrumentalist and composer whose music spans multiple genres.

She first gained recognition for her talent as a young child and has been admired and mentored by those at the top of their field including Greg Lake, Keith Emerson, Dweezil Zappa, Conductor Terje Mikkelson, and a series of jazz greats, most notably Herbie Hancock. As a teenager she won numerous awards as a pianist and flutist, and has matured to perform and record on the global stage.

The award winning documentary “Hearing Is Believing” was produced about her unusual life and talents.

Among Rachel’s recording credits are her solo albums “Listen” (2016) and “Going Somewhere” (2018), “Music From the Soundtrack: Hearing is Believing” (2017), collaborations with Michael Sadler of Saga and fusion band Stratospheerius, and appearances on the albums of Telergy and Marcelo Paganini. Rachel is prominently featured on “Keith Emerson - Beyond the Stars,” and the much awaited CD and DVD set, “Fanfare For The Uncommon Man: The Official Keith Emerson Tribute Concert.”

Rachel continues to defy expectations, refusing to be pigeonholed by genre or by instrument. Her classical piano training started when she was only 4 years old. At 9 she discovered jazz and was immediately transfixed by the music of John Coltrane, Miles Davis, Herbie Hancock, and Ella Fitzgerald. As varied as her musical background had already been, hearing Emerson, Lake & Palmer proved to be a turning point. Rachel was captivated by keyboardist Keith Emerson's innovative integration of classical and jazz elements in a rock setting, and he became a musical role model.

While her favorite instruments continue to be piano and organ, she is also classically trained on the flute and plays the guitar, bass, saxophone, and Chapman Stick.

Says Rachel, “I’ve always wanted to create music that had those big sounds that I love. I was excited to incorporate more of the organ on this album, using my Nord C2D and Electro 4D as well as pipe organ sound libraries to get that iconic tone I was looking for. There is also a lot of electric guitar on this album. I was inspired by Steve Vai, John Mayer, Steven Wilson, and of course Adrian Belew, who was a direct inspiration for the opening track.”

In support of Rachel’s new album release she will be performing at ProgStock on October 1 - 3, 2021 (https://www.progstock.com/2021/). On November 6, 2021 Rachel opens for Asia featuring John Payne at the Union County Performing Arts Center in Rahway, New Jersey, and she is slated to perform at Synthplex, the “All Things Synthesizer” electronic music festival & gear expo, on October 27 - 30, 2022 at the Los Angeles Burbank Airport Convention Center.

Rachel’s future plans include completion of a jazz album, and a jazz/hip-hop fusion album, both started during the pandemic. There are no release dates as yet. Plans to record with a live orchestra are currently in discussion.

In closing Rachel has this to impart to her listeners, “The message I would like my listeners to come away with is that there will be darkness, but you can fly, you can love, you can be loved, and the darkness is only temporary.”