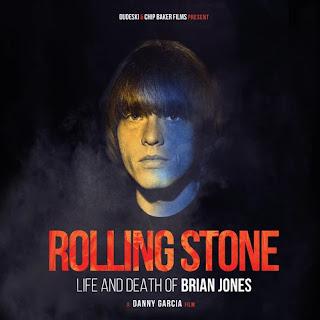 The Final on Vinyl Podcast Interview With Joe Satriani

The Final on Vinyl Podcast Interview With Joe Satriani

THE FINAL ON VINYL INTERVIEW WITH KEV ROWLAND

THE FINAL ON VINYL INTERVIEW WITH KEV ROWLAND 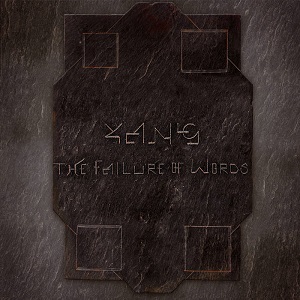 The Failure of Words album was my introduction to Yang. The band was founded in 2002 by Frédéric L'Epée, who plays guitars and keyboards. Laurent Mouton also plays guitars, with Nico Gomez on bass and Volodia Brice handles the drums on the recording.

Yang is an instrumental rock quartet that many would classify as Math Rock, Prog Rock or Art Rock, but for the sake of uncomplicating matters, I will refer to it as Progressive Instrumental music. The first band that came to mind as a comparison was King Crimson. I would think that is quite a compliment that the band would appreciate.

As the band explains on their website: The Failure of Words is a touchstone in Yang's evolution. The idea behind the project was to express the inability, as human beings, to communicate with our species, always experiencing conflict, disharmony, and delusion. Only art, love, can convey our deepest feelings and ideas.

That is how they came up with the title of the album because words failed them.

The music is very complex yet not over the top and the kind you need to be in a certain mood to listen to. Music that gets too crazy for too long either gives me a headache or I find myself completely immersed, it just depends on what mood and frame of mind I am in. I suppose that would equate to any listening experience but for my tastes, it happens to work with mostly with prog or acid jazz and fusion.

The Failure of Words was perfect timing for my listening pleasure, and above all, appreciation. I received the vinyl LP via my Prog Rock Music Talk (https://www.progrockmusictalk.com) site where I am requesting vinyl for review for The Final On Vinyl site, my latest project. I had to do a bit of research about the band and its leader Frédéric L'Epée before jumping in. The influences of King Crimson and Yes are quite evident to these ears. That is my humble opinion of course, and certainly, other folks may hear something else. I heard Yes on the closing track “Healing,” in particular to the keyboards. All the other guitar parts were pleasing to my prog loving soul. Because I have been listening to prog since the 70s it was not hard to enjoy this presentation of high-level musicianship from beginning to end.

The track lengths are typically prog as the album opens with “El Diablo” which runs 7:12, the longest track on the LP, then closes with the aforementioned “Healing,” ending at 6:06. Every track resonated with me and made me feel I need to investigate all of the former releases from this band. Even though The Failure of Words came out in 2017, it was new to me. I am always open to discovering bands I have never heard before and sometimes they find me rather than the other way around. In this case, thank you Frédéric for turning me on to your music and opening my ears to some fantastic instrumental progressive throughout the 7 tracks on the LP.

This music intrigues, invigorates, and continually amazes me. The prog-rock community will appreciate what went into creating The Failure of Words and the significance of the words in the title. What we have here is prolific music without words that carries an equally direct and impressive message. For me, that is the whole package, it is very difficult not to hear the music and the messages within, especially when you come to an understanding before listening.