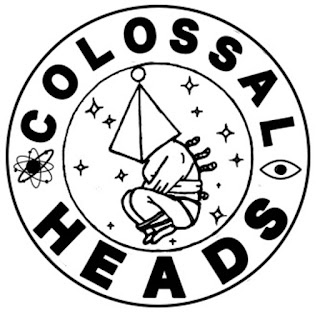 Revelling in the heavier side of indie rock, The Colossal Heads are a group on the rise who have been compared to artists such as Queens of the Stone Age, Incubus, Modest Mouse and Nirvana. These are not bands whose names should be taken lightly in terms of comparison – thankfully The Colossal Heads do them justice.
Those bands rose in the 90’s and early 2000’s due to a rock genre that had gone from being anti-establishment to part of the norm. In recent years the cycle has started again, and The Colossal Heads are here to shake things up once more. To offer further proof, check out the album lead track ‘Mammoths’.

https://soundcloud.com/colossalheads/mammoths-2015
Engineered by Louis Cressy, the EP (and single) are a timely reminder of the power that rock music can have.
Another vital part of any musical success is a propensity for hard work, an area in which The Colossal Heads excel almost as much as their song writing. In a prime example, they toured from New Orleans to California from May-June 2015, living out of their Toyota and sleeping on floors along the way. This grass roots approach carries over to their methods of promotion as well. Relying on Facebook, local radio and word of mouth, the band has continued to develop and grow their fan base as their music has become increasingly assured.
‘Mammoths’ is the final result of this evolution, an EP which steps outside of the box and shows how complacent rock music has become in recent times.
Check out The Colossal Heads performing on a heli pad in New Orleans on Balcony TV:
Links:
http://www.thecolossalheads.com/
https://www.youtube.com/channel/UCDf8jR1fhtUhHqZStJ8JJ0g
https://www.facebook.com/TheColossalHeads
www.soundcloud.com/colossalheads
Posted by Keith "MuzikMan" Hannaleck at 6/03/2016 No comments: 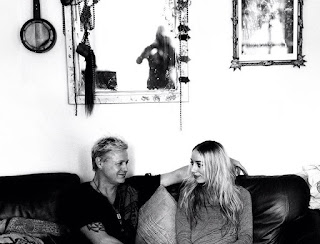 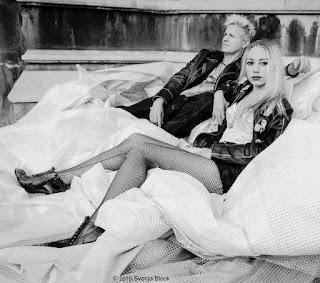 Healthy Junkies’ new album ‘Box Of Chaos’ is an energetic blast of punk perfection. With this record the Londoner rock band has kicked off the year 2016 in style and full of social commentary. Shouting the lines “You’re such a hypocrite, I really hate you” in the dynamic track ‘Hypocrite’ reminds on early Nirvana takes with a rawness that is most endearing and powerfully honest. Another favourite is ‘Rebellion’, a song with Phil doing the lead vocals. Underlined by vocal harmonies and a determined melodic progression the track is a straight up cry for resistance towards oppression from government and whoever else might be in the way of our personal freedom. The feeling of oppression also comes across in a more sentimental way in the last song ‘Captive’. All in all, ‘Box Of Chaos’ is a well rounded piece of work.
Dates:
Feb 18th at The Rainbow, Birmingham
17th March @ Lady Luck, Canterbury
2nd July Rebellion bar, Manchester
Links:
http://www.healthyjunkies.co.uk/
www.soundcloud.com/healthyjunkies
https://twitter.com/HealthyJunkies?ref_src=twsrc%5Egoogle%7Ctwcamp%5Eserp%7Ctwgr%5Eauthor
https://www.facebook.com/healthyjunkiesband/
Posted by Keith "MuzikMan" Hannaleck at 2/12/2016 No comments: