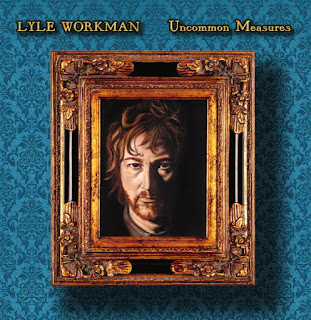 Known both as a first-call sideman/session musician and a top-shelf film composer with credits including “Superbad,” “The 40-Year-Old Virgin,” and “Forgetting Sarah Marshall,” prolific guitarist Lyle Workman will release “Uncommon Measures,” his first solo album in a more than a decade, on February 19, 2021, via Blue Canoe Records. Featuring a 63-piece orchestra recorded live at Abbey Road under the direction of orchestrator extraordinaire John Ashton Thomas (“Black Panther,” “Captain Marvel”), the collection plays like the score to some epic film from an alternate dimension, mixing elements of progressive rock, jazz fusion, and romantic classical music with gleeful abandon.

“This record ties together all the different threads of who I am,” explains Workman. “It was four years in the making due to my film and TV schedule, but it’s really the culmination of a lifetime in music.”

Bursting at the seams with soaring arrangements and virtuosic performances, “Uncommon Measures” showcases not only Workman’s unparalleled musicianship, but also his profound empathy and expansive emotional vocabulary. The songs here are living, breathing entities, constantly growing and evolving in ways both subtle and drastic, and the production is similarly unpredictable, veering from larger-than-life bombast to whispered intimacy and back, sometimes within the very same track. The result is a record as extraordinary as it is unexpected, a captivating, transportive song cycle that manages to scale the dizzying heights of joy and sadness, love and friendship, self-discovery and celebration, all without a single word.

“Lyle Workman is a completely accomplished and inspired guitarist, musician and composer,” says Steve Vai. “He has a wicked command of the instrument and is perhaps one of three players I know of that can wield exotic orchestral compositions with either a screaming or whispering guitar. ‘Uncommon Measures’ is the masterful evidence of this.” 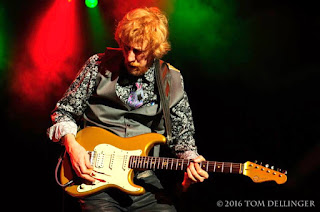 A California native, Workman’s musical journey began in the mid-1980s, when he joined the Sacramento-based band Bourgeois Tagg. The group landed a deal with Island Records and gained international acclaim for their hit single “I Don’t Mind At All,” a Workman co-write that helped earn performances on the Tonight Show, Top Of The Pops, American Bandstand, and their European equivalents. The band proved to be a launching pad for Workman, who soon began picking up gigs in the studio and on the road with the likes of Sting, Beck, Frank Black, Jellyfish, Todd Rundgren, Norah Jones, Bryan Adams, and jazz icon Tony Williams, who included Workman’s “Machu Picchu” on his final album, “Wilderness,” with Stanley Clarke and Herbie Hancock. Workman’s skills as a sideman turned out to make him ideally suited for the world of film and television, as well, and work writing commercial jingles soon gave way to jobs composing for indie films, which opened the door to major studio releases and a connection with Judd Apatow, who began hiring Workman to score many of his projects. To date, Workman has composed music for films that have generated over a billion dollars at the box office worldwide.