Phenomena’s Original Trilogy of Hit Albums and Anthology Collected Together in One Set Along with the Launch of a New Merchandise Store (Including T-Shirts) and High-Res Audio Release – All Out Now! 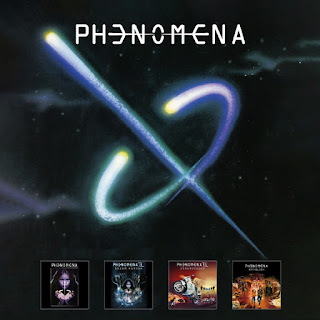 The three iconic Phenomena albums have been collected together into a mini-box set for fans who want to buy all three studio albums together. The set also includes the Anthology (which features five exclusive tracks) and all four booklets, including liner notes on the history of Phenomena.

Phenomena 1 sold over a million copies in 1985 and 1987’s Phenomena 2: Dream Runner featured the #1 hit single “Did It All For Love” with Phenomena 3: Innervision following in 1993.

Phenomena has partnered with Townsend Music to launch a merchandise store with the CDs, Downloads and Merchandise (including t-shirts) available at: https://phenomena.tmstor.es/

The first Phenomena album’s quarter inch master tapes have also been given a fresh transfer to enable a 192/24 high-res audio release on platforms such as HDtracks: https://geni.us/PhenomenaH

There are future plans for the Phenomena project, to be announced on its Facebook page, as its horizons are expanded to reach new audiences. The Phenomena Trilogy has earned classic album status, so the mini-box set gives fans a one-stop-shop opportunity to buy the key releases.

Phenomena’s #1 hit single, “Did It All For Love”, has been uploaded to YouTube using a fresh transfer from a broadcast master tape: 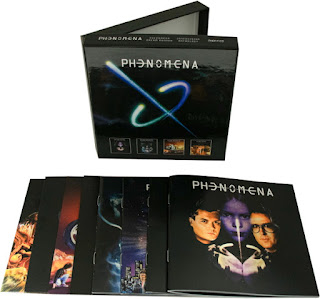