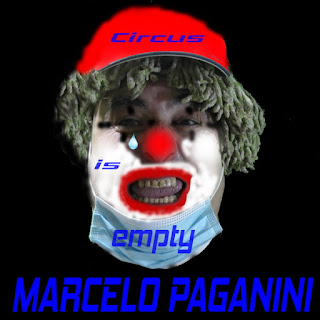 “I was daydreaming, thinking that after ARW (Anderson, Rabin, Wakeman) maybe it’s time for PSH (Paganini, Sherwood, Holzman)!” jokes Paganini from the studio of his old stone house in Catalunia, Spain. “It’s unbelievable that some of the best talents on the planet all agreed to participate – the whole Universe conspired to make it happen! All my steps led me to this old house in the woods.”

“Circus Is Empty” is the song people didn’t know they were waiting for. It blends the urgency of 2020 vibes and sounds with classic prog elements and furious jazz-fusion improvisation. The title is a tribute to Shakespeare’s The Tempest - “Hell is empty, and all the devils are here.” “Crazy times, the circus is empty and all the clowns are in power,” says Paganini. “There is a call to vote, if it wasn’t important they would not be trying so hard to discourage people.”

Marcelo faced an uphill task moving his studio from Normandy, France to Catalunia, Spain. Closed borders, an old laptop which struggled in the Spanish heat, a 300-year-old house which floods in the rain, and an album to finish. “It was 40 degrees outside, not that I could go outside while there was still work to do inside. Not to mention all gigs stopping overnight! It became so much that I had to ask my friends for help, but it taught me who my real friends are, and that I have the best friends around. Then I had to let some good old friends go too, I was too much trouble in too little time for them.”

His persistence has paid off though. “Identity Crisis”, which includes “Circus is Empty”, is due for release on all platforms, with an exclusive vinyl version on his Bandcamp page, on December 11th to mark his 56th birthday. “If the world is still spinning by then!” he laughs. 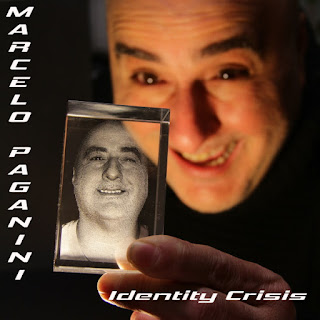 “I am trying to prove to myself that my last compositions are as good as the first ones... The prog scene is full of artists that wrote their best material many Dark Sides of the Keith Moon ago! Me too by the way, but seriously… Folks are you keeping your best songs for when they will offer a better deal? They won’t, so it is better to release your best material right now while we are all still around! Or else it may end in the trash can.”

“Why ‘Identity Crisis’? Who the Hell is this Marcelo Paganini guy anyway?” he asks. “I am trying to figure that out, for now I don’t even know what food to eat without getting sick... Let’s say for now that Marcelo Paganini is a French-Brazilian guy from New York City, with an Italian stage name, living secluded in the woods up the hill in Catalunia, Spain, that thinks he is a real Spitfire Dragon from Outer Space who crash landed on Earth some time ago...”

Billy Sherwood sings lead on the whole album, and on two tracks along with special guests Marcelo Paganini performed with on Cruise to the Edge 2015: Karla Downey and Jamison Smeltz. Jamison also provided a searing sax solo on the final track “Captain’s Face”, which was written for producer Larry Morand, who invited him to attend the 2015 Cruise To The Edge, about his life changing experience. “Of course I’d love to come back to Cruise To The Edge in 2022,” says Paganini. “It would be great to play live with this band at least once, Billy Sherwood and Adam Holzman are already on board, I bet Captain Prog Larry can make it happen!”

Among other surprise guests, legendary jazz Drummer Lenny White (Return To Forever/Miles Davis) recorded two songs for the album, including “Learn To Love To Wait” which also features Billy Sherwood on bass and Adam Holzman on keys. “I only played guitar on that one,” laughs Paganini. “With so many legends from other bands it’s the mother of all supergroups, but only if it happens without me, I was told. So, I had to let them play together without me for a few bars so it remains a supergroup at least there! I am trying hard to convince another legend to record a guitar solo in that spot!”

Marcelo lost his beloved rescue cat Don Juan in March 2019, and “it was then that things started to become weird fast. The French Cinema Archive CNC demanded a €15K 35mm print of my film ‘First time in Rio’ or I’d have to pay a €70k fine, an absurd situation as I couldn’t afford either. I couldn’t understand why, since they accepted a digital deposit of my film “The 8th Bullet” in 2007. I had to put everything I have on a truck and move to Spain last October. Here I will wait until French cinema people get me out of this. Meanwhile I am depressed, broke, in debt, away from home, family and remaining cats and did nothing wrong! Maybe the president of UNIFRANCE, the president of the CNC and the new Culture Minister of France Rosalyne Bachelot can get Kafka out of my reality? I feel like someone powerful did not want me to make any more films, but it backfired, since I am making a new film about all this.” The upcoming film is also called “Identity Crisis” and will use the album for its soundtrack.

“Then my credit card disappeared and I had no money to live for several weeks. All these events were eye opening experiences. They made me discover fundamental truths: only stupid people are afraid of dying, they are also afraid of living.

“I was bullied since I was little, most people in real life reject me, I am strange, different and proud of it, but harmless. The cat came to me, he chose me, that changed me forever, I learned a lot from him. My friends joke that Don Juan wrote most of the music and that I cannot really play it without him! Let’s just say that so many things happened ever since, that today no one can play that stuff  on the guitar, not even me, since I forgot everything. But don’t worry I am a fast learner”. Marcelo wrote most of the songs of the album with Don Juan around and “Identity Crisis” is dedicated to him and to Billy's brother Michael Sherwood that left us too soon last November. 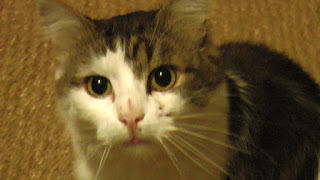