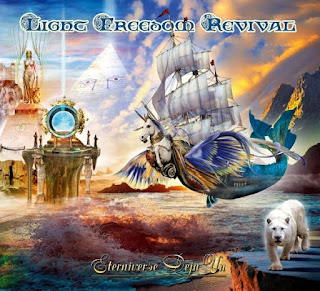 Looking towards a bright future for us all!
VANCOUVER BC: Canadian singer-songwriter John Vehadija has assembled a stellar cast for the project Light Freedom Revival, and their new album ‘Eterniverse Déjà Vu’ is released on March 7th, 2017.