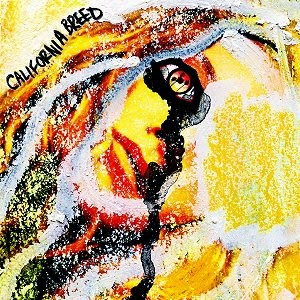 If you are looking for music to rock out to, then look no further, because California Breed has what you need to get going. With a sound that channels the great bands of the 70s, while bringing a 21st century edge too, California Breed is one hot new band that will get fans of the genre talking with delight over their fiery debut release.
Born out of the ashes of the hard rock group Black Country Communion, California Breed consists of Glen Hughes (bass, vocals) of Deep Purple, Andrew Watt (guitar, vocals), and Jason Bonham (drums), who was recently replaced by Joey Castillo due to Bonham’s other commitments. They have come together to make California Breedand it is one unrelenting rock album. They brought their A game on this and it sure does show in the final product.
“The Way” comes out hard and unforgiving, like being run over by a stamped of wild horses. It is an incredible hard rock song that gives a modern take on the hard rock sound from the 70s. It is all attitude and swagger, making it the premier song on the album. “The Way” is the type of song that will come to mind when you think of California Breed.  Keeping the album going strong, “Sweet Tea” strikes the perfect balance in showcasing the trio’s individual strengths and what happens when it comes together for one fierce song. “Chemical Rain” shows off a heavier and slower sound, and the guitars really shred on this one.
The album’s first single, “Midnight Oil,” is a fantastic, catchy rock song. It has that musical quality that just draws the listener in with great riffs, inspiring vocals, and methodical drumming. But the ending really takes this song to the next level. The guitars are crazy and the drumming is insane, as we hear that the apple did not fall from the tree. California Breed show off their softer side on the beautiful “All Falls Down.” It is a song full of passion that hits deeply. The heavy and melodic “The Grey” gets things rocking again. The song moves swiftly along and really explodes when it hits the animated chorus. “Days They Come” is a visceral song with great energy and mesmerizing vocals and “Spit You Out” is a fun, spirited rock song.
Starting off the last part of the album is “Strong.” It is not my favorite song on here, but it has grown on me with repeated listens. It is a fluid and lively song that some will appreciate. “Invisible” sinks its teeth in deep and early and does not let go. The vocals just soar over everything. It is the type of hypnotic song that will have you singing along without even noticing at first. “Scars” opens with a pretty funky baseline and carries a certain bravado in the vocals that gives it an extra edge. Bringing the album to a close is “Breathe.” The music rises and falls at all the right moments and Julian Lennon’s vocals work quite complementary with Hughes’.
When all is said and done, California Breedis kick-ass rock album from this new band. If you are a fan of hard rock, then I would strongly suggest that you go out and pick this one up. From start to finish, it does not disappoint.  California Breed is one band to keep a close eye on in the future.
4.5/5 Stars
Key Tracks: The Way, Midnight Oil, Invisible
Brian McKinnon
November 10, 2014
Review Provided By Write A Music Review