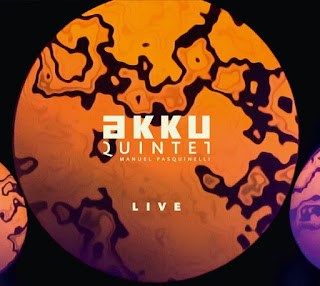 “Live” takes you on a 75-minute long musical journey and leads you into the cosmos of Swiss-based AKKU Quintet led by drummer and composer Manuel Pasquinelli (also known for his work with Sonar & David Torn). It contains five songs from different stages of the group's history, recorded at various locations between 2016 and 2020. You’ll hear the touch and character of each player, acting as a part of the ensemble to create this atmospheric, minimalistic yet livingly driving music.

Says Manuel, “Playing this music live is always an intense and beautiful experience. While not perfect, live versions often have a certain quality and spirit, which are hard to achieve in the studio. We want to share some live moments we captured on different occasions with this album, especially in this challenging time for live music. We didn’t do any editing. So you will hear truly handmade music. This album might be a good introduction to our work, and maybe one gets curious about the four studio albums we released before.”

AKKU Quintet is based in Berne (Switzerland), from where they dispense a minimalistic jazz groove to great effect. Drummer Manuel Pasquinelli, who is also responsible for the compositions, founded the band in 2010. Their first concert took place in 2011. Since then, the band has released four studio albums and is playing live regularly. Their latest studio album, “Depart,” was the first one released with 7d Media. Manuel Pasquinelli is also known as the drummer of Sonar, who are collaborating with David Torn and Bill Laswell. 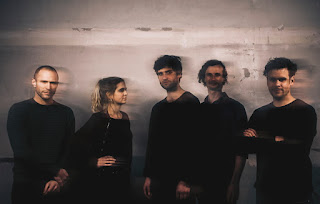 Here’s what the press has said about AKKU Quintet:

“The group connect and lock together yet remain constantly in motion, maintaining a balletic poise and grace that skillfully builds and adds line upon line of long, sonorous notes. Though each one on its own might be gossamer-thin, when combined, they create something strong and enduring, something substantial and memorable” - Sid Smith

“There is a spaciousness in these zeros and ones that AKKU Quintet allows to speak for itself. There is no unnecessary noodling to fill the gaps, every note has its place.” - Roger Trenwith, The Progressive Aspect

“I had the great, great pleasure to see them on their final US show in 2018 and they take the ‘Swiss zen maximalist/minimalist approach’ of Ronin, Sonar, Schnellertollermeier to a different, but utterly logical conclusion. Fabulous stuff. Recommended!” - Steve Feigenbaum, Cuneiform Records

“Taking a type of minimalist and mathrock, slowing it down with postrock atmosphere, bringing a tight clean jazz element to it, and creating a set of dreamscape styled equal balance between classical and progressive rock and you have the formula for Switzerland's unique Akku Quintet.” - Lee Henderson, Big Beautiful Noise