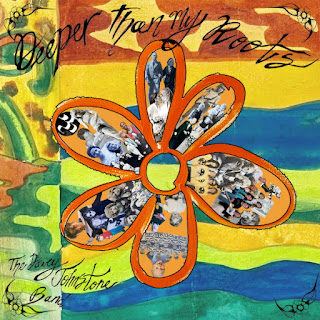 Davey Johnstone has been Elton John’s guitarist for 50 years. He has also played with Alice Cooper, John Lennon, Stevie Nicks, Lenny Kravitz and many, many more! In his role as Music Director he will resume the hugely successful Farewell Yellow Brick Road tour with Elton and the band in January 2022.

Davey is releasing the first single “Melting Snow” from his forthcoming solo album “Deeper Than My Roots”!
Watch the video for “Melting Snow”:

During the COVID-19 recess, Davey has recorded an album utilizing the incredible talents of his children, plus a few close friends. The album has a wide range and crosses genres.

Elliot, the youngest Johnstone, is lead vocalist on the record, with Davey supplying one lead vocal himself. Charlie Johnstone recorded many of the basic tracks at their home in California. Charlie also supplied keyboard and background vocal parts. Jesse Johnstone played drums remotely from his home in L.A. Jesse also joined his father and eldest sibling Tam Johnstone, on writing, recording and producing the album’s two instrumentals, “Black Scotland” and “Walt Dizney”. The beautiful artwork for the sleeve was conceived and designed by Juliet Johnstone.

Denny Seiwell, the legendary drummer from Paul McCartney and Wings helped out on three tracks, and Nigel Olsson supplied drums on “Melting Snow”.

Much of the recording was done by Major Wynn at Marlon Hoffman’s Kenrose Studio in California.

Davey Johnstone’s forthcoming full-length album titled “Deeper Than My Roots” will be available on Spirit of Unicorn Records in January 2022. 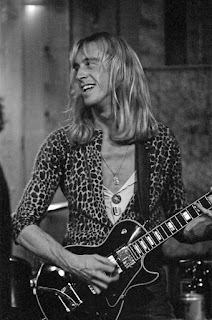 To Pre-order Davey Johnstone’s “Deeper Than My Roots” CD: https://www.cherryred.co.uk/product/the-davey-johnstone-band-deeper-than-my-roots/