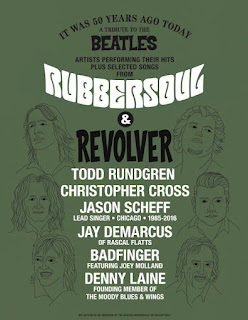 It Was Fifty Years Ago Today: A Tribute to The Beatles starring Todd Rundgren, Christopher Cross, Badfinger featuring Joey Molland, Jay DeMarcus of Rascal Flatts, Denny Laine (founding member of The Moody Blues and Wings), and Jason Scheff (Chicago’s lead singer from 1985-2016)! These legendary artists will be performing their hits plus selected songs from The Beatles’ albums “Rubber Soul” and “Revolver”.

Hear classics like “I Saw the Light”, “Hello It’s Me”, “Sailing”, “Ride Like the Wind”, “No Matter What”, “Go Now”, and more alongside Beatles classics!

Says producer Toby Ludwig, “Flower Power concerts has been doing Beatles tributes featuring some of the greatest voices and musicians available for over 20 years now, creating a unique experience that can be shared by all. The songbook of these albums should be our best one yet.”

“This time we thought: Wouldn’t it be great if we played the best songs The Beatles ever recorded for a change? ‘Rubber Soul’ and ‘Revolver’ are the boys peaking in front of our eyes and redefining what pop music would be for the foreseeable future. This is going to be fun.” – Todd Rundgren

“The Moody Blues met the BEATLES in the early 60’s and were invited to join them on their second British tour. The thought of performing some of their classic songs with such a revered cast on this tour will bring back not only those moments in time but also fond memories as a member of WINGS. I trust that we will pay due credit to their timeless legacy by bringing back that music to everyone who joins us for this special ride.” - Denny Laine

More tour dates to be announced. 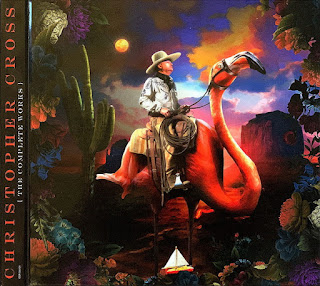 In a career spanning four decades, Christopher Cross has sold over 10 million albums and been awarded five Grammys, an Oscar, a Golden Globe and five Top 10 singles.

This year Christopher Cross celebrates the 40th Anniversary of his musical journey with a spectacular box set, Christopher Cross: The Complete Works. The set contains 13 CDs – 12 previously-released albums plus a bonus CD of 15 rare tracks. All the tracks have been digitally remastered by Bernie Grundman.

Each set includes a special gift: a pink vinyl LP with one cut from each of Christopher’s albums. Each track was chosen by Christopher and digitally remastered for vinyl.

Christopher Cross: The Complete Works is elegantly bound into a stunning collector’s edition, a work of art beautifully designed by Gary Dorsey of Pixel Peach Studios. This special release is limited to 1000 copies and each box set is personally autographed by Christopher.

Says Cross, “I am very excited to release this set which embodies the work of a lot of wonderfully talented people and represents my legacy of which I am profoundly proud.” 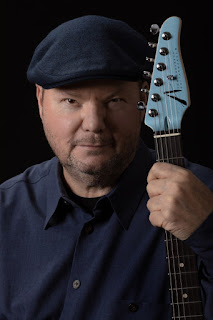 To view the box set, please go to: 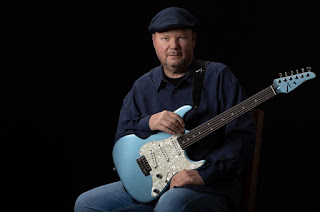 Christopher Cross made history with his 1980 self-titled debut album, winning five Grammy Awards, including—for the first time in Grammy history—the “Big Four” most prestigious awards: Record of the Year (for the single “Sailing”), Album of the Year, Song of the Year (also “Sailing”), and Best New Artist.

In a career spanning over five decades, Cross has sold over 10 million albums. His music has garnered five Grammys, an Oscar, a Golden Globe and five Top 10 singles.

This year, Christopher Cross is celebrating the 40th anniversary of his breakthrough debut album with a major tour featuring songs from his debut album: “Sailing,” “Ride Like the Wind,” “Say You’ll Be Mine,” and more.

Says Cross, “This tour celebrates the first chapter in what has been my life’s journey. I look forward to seeing everyone on the road.” 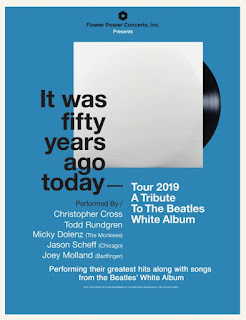 In celebration of The Beatles 50th Anniversary of the White Album, Flower Power Concerts, Inc presents It Was Fifty Years Ago Today - Tour 2019 - A Tribute To The Beatles' White Album feat. Christopher Cross, Todd Rundgren, Micky Dolenz (The Monkees), Jason Scheff (Chicago) and Joey Molland (Badfinger)! Musical Director: Joey Curatolo (the musical director of RAIN: A Tribute to The Beatles).

Performing their greatest hits along with songs from The Beatles White Album! 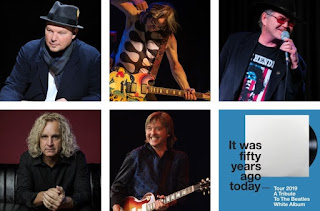 Christopher Cross is an American singer-songwriter from San Antonio, Texas. Cross won five Grammy Awards for his eponymous debut album released in 1979. The singles  “Sailing” (1980), and “Arthur's Theme (Best That You Can Do)” (from the 1981 film Arthur) peaked at number one on the U.S. Billboard Hot 100. “Sailing” earned three Grammys in 1981, while “Arthur's Theme” won the Oscar for Best Original Song in 1981 (with co-composers Burt Bacharach, Carole Bayer Sager, and Peter Allen).

Todd Rundgren, born and raised in Philadelphia, began playing guitar as a teenager, going on to found and front Nazz, the quintessential 1960's psychedelic group. In 1969, he left the band to pursue a solo career, recording his debut offering, Runt. But it was 1972's seminal Something/Anything?, on which he played all the instruments, sang all the vocal parts, and acted as his own producer, that catapulted Todd into the superstar limelight, prompting the press to unanimously dub him “Rock's New Wunderkind.” It was followed by such landmark LPs as A Wizard, A True Star and The Hermit of Mink Hollow, as well as such hit singles as “I Saw The Light, “Hello It's Me,” “Can We Still Be Friends,” and “Bang The Drum.”

Micky Dolenz is an actor, singer, director, producer, writer, radio DJ, inventor, and all-around performer extraordinaire, and stands tall as a paragon of taste and accomplishment in the rough-and-tumble world of show business and entertainment. Micky is best known as a vocalist and drummer of the 1960s pop legends The Monkees. The Monkees not only achieved great success as a TV show, but also as viable recording artists; selling in excess of 65 million units, and achieving worldwide success. Their first four albums - The Monkees (1966); More of The Monkees (1967); Headquarters (1967); and Pisces, Aquarius, Capricorn, & Jones, Ltd. (1967) all reached the number-one position on the charts and launched three number-one singles: “Last Train to Clarksville,”  “I'm a Believer” (both with lead vocals by Micky), and “Daydream Believer.” The group's first five albums also went platinum.

Jason Scheff is the longtime tenor lead vocalist of the Rock and Roll Hall of Fame inducted supergroup Chicago. Scheff joined the group in 1985 replacing the iconic vocalist/bass player Peter Cetera going on to be one of the principal songwriters and main contributors throughout Chicago's career. Scheff's songwriting, vocals, and musicianship helped create the most successful recording era of Chicago, the 1980s and 1990s. Scheff is also the voice across 4 decades, 1980s, 1990s, 2000s, 2010s, performing all the classic Chicago hits in thousands of concerts, television appearances.

Joey Molland is an English composer and rock guitarist whose recording career spans five decades. He is best known as guitarist, singer and songwriter of classic rock legends Badfinger. Molland is the last surviving member from the band's classic line-up and is still playing concerts worldwide. He is currently recording a new solo album produced by Mark Hudson.