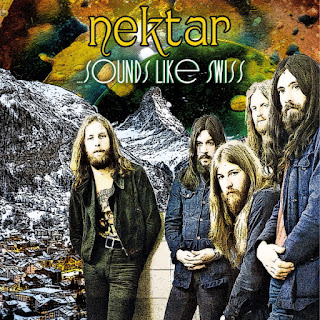 Unearthed audio and video recordings from legendary progressive rock band Nektar captured live in Switzerland, 1973. Includes an hour-long concert videotaped for Swiss TV's Kaléidospop, unseen since its original broadcast. The two CDs include the audio portion of the TV show as well as a complete show soundboard audio recording from the Pavilion des Sports in Lausanne, Switzerland in May 1973.

Housed in a beautiful 4 panel digipak, this CD/DVD set is an epic, historical document showcasing the bands early innovative and pioneering sound that remains as vital and influential as ever.

Booklet includes liner notes by bassist and founding members Derek “Mo” Moore and Mick Brockett. The band’s line up for these legendary performances in fact features all five original members - the late Roye Allbrighton on guitar and vocals, Derek “Mo” Moore on bass and vocals, Allan “Taff” Freeman on organ and vocals, and Ron Howden on drums and percussion in addition to Mick Brockett handling the visual tapestry that was such a key component of the “Music and Light Theatre” that the band was presenting at the very height of progressive rocks main sequence during the mid-70’s.

“I have known of its existence since we did this concert in 1973 and have never been able to find it. To have this unearthed after all these years is fantastic and takes me immediately back to that time. It was great to be allowed to contribute what was needed to bring this about. Roger Houdaille of  ‘Think Like a Key’ did a great job in putting this together” - Derek “Mo” Moore 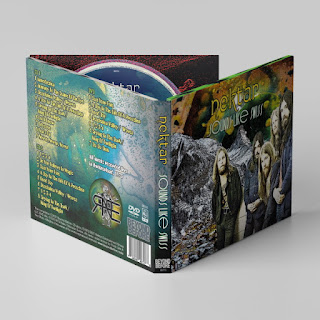 For more information about the band, high-resolution images, video and more: https://nektarsmusic.com/epk