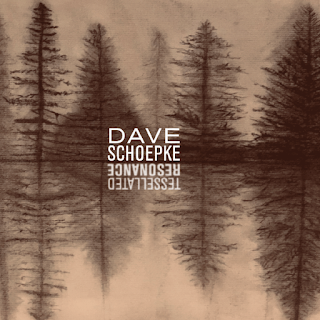 “Dave is a wonderful musician, extremely diligent and caring. He is musical, sympathetic to others around him and he listens!!!” -Martin Barre
Drummer Dave Schoepke, best known for his work with Jethro Tull legend Martin Barre, as well as The Willy Porter Band, will be releasing his second solo drum album “Tessellated Resonance” on August 5, 2020. The album comes on the heels of his critically acclaimed debut album from last year “Drums On Low.”

The prep for this album was driven by the quest to find my rhythmic connection to the environment, devoid of the trappings of my modern-day musical influences.

The story behind this album is not how I was able to connect those dots but rather how at this time the answer I was searching for ultimately eluded me. Instead, I found a greater sense of how I want my music to evolve, but right now that content isn’t informed by what I hoped it would be. I discovered new ways to approach my instrument and have a better concept of how to shape my music going forward than when I started this process. So, what didn’t I find?

I logged over thirty hours of field recordings of nature, traffic and other sounds from the environment in an attempt to capture content both natural and manmade, but not directly musical per se. In that regard, are there connections we are missing when we create music today? Are the modes of approach so inhibiting that we miss things that are more innate or are these just my perceptions and am I overthinking it?

Through this adventure I searched for sounds that spoke to me rhythmically and what I hoped would inspire new directions and concepts of approach. I was inspired by much of what I had recorded, and it brought forth higher degrees of introspection I had not tapped into the way that I envisioned I would.

The next element of sounds I was striving for came from recording my six-month-old son’s first syllabic attempts and rhythmic strikes with his hands and feet. I was curious to see if he would land upon any rhythmic patterns or cycles that might be settled in his DNA. While I wasn’t able to mine that content directly for this album, I still feel there is a way to get there and that the limitations are on my end…can I find a way to make a connection that can be reflected in a logical, musical way? That question still remains.

My attempts to record rhythmic connections to the environment became much more challenging than expected. I noticed that whenever I tried to get a recording of nature unimpeded without human intrusions, I was unsuccessful every time. I found it very difficult to get away from humans or human-made sounds, even with recording in a rural area. Unfortunately, I had finished recording the album when the Covid 19 Pandemic started, but I was able to stand outside and listen to nature with no humans or traffic sounds interfering. However, it was early March and still very cold in the upper Midwest, which in turn kept nature pretty quiet so I still couldn’t get any decent field recordings! The realization that it took a pandemic to bring down the din of humanity was pretty alarming to me. Even with my failed attempts, I still feel that through my research and exploration, I was inspired in other ways; I found some new ideas rhythmically, melodically, and thematically. All of which are a progression from where I was with “Drums On Low.”

I recorded over forty pieces of music on a diverse array of percussive setups ranging from a full range of just Roto Toms, to an expanded 1970’s Ludwig Vistalite kit, and traditional wood four and five-piece configurations. I also created some extreme kit setups made entirely of frame drums and micro percussion. However, the most unique variation was a bass drum with six snare drum ensemble. For this album, I spent a considerable amount of time shaping the melodic structure of the pieces and also searching for different combinations. Different tuning combinations set the pieces apart from one another while maintaining some unity.

All of the songs were recorded live with a modest recording setup with minimal mic’ing. For the recording, only seven channels were used, and no overdubbing or editing is done on the album. Songs like ‘Earth Calls,’ ‘Shorn,’ and ‘Voices Welcome’ show the diversity and drama that Roto Toms can project when interesting intervals are discovered. The six-snare drum array on the song ‘Currents,’ deploys a preponderance of snare content but maintaining a strong melodically driven concept. Other pieces like ‘Loomfixer’ and ‘Beyond The Slanting Surfaces,’ utilize traditional drum set pieces but focus on a centered melodic theme. ‘Nemophilist’ deploys a subtle melody subservient to the gorgeous interplay of birds from deep in the woods and devoid of human intrusion. (Finally!)

In the end, the release of ‘Tessellated Resonance’ marks the continuation of the ongoing dream to create solo drum music. I feel like through continued introspection, research and study, I will be able to follow the path that I am firmly set upon to connect to the world around me. 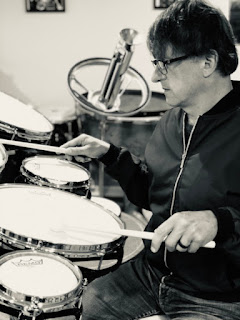 Dave Schoepke is an accomplished drummer from the Greater Milwaukee area. He has been the drummer for The Willy Porter Band since 2002 with three acclaimed albums with Willy. In addition to recording and touring he has numerous television and radio appearances.

Dave has had the pleasure of working with the Legendary Jethro Tull guitarist Martin Barre. Dave toured with Martin’s band in 2017 and briefly in 2018. He appears on his “Live At The Factory Underground” album released in 2019.

Dave is currently a full-time member and songwriter of the Milwaukee based Soul-Blues group Tweed. The band’s original take on the genre has made a strong impact internationally with numerous tours in Europe and consistent tour dates in the U.S. with strong radio airplay in the US and Europe.

Dave also heads up the improvisational recording project, Blank Radio, and is the chief engineer and curator of hundreds of sessions with musicians that help emphasize the energy to create free flowing music in real time. Additionally, he is an extremely busy session musician with over 50 albums to his credit. These albums cut across all genres of music. He has also done dozens of instructional CD’s for the Hal Leonard Corporation.

Dave has done dozens of clinics and educational based symposiums with legendary artists Ed Thigpen, Paul Wertico, Dom Famularo, Greg Bissonette, Ernie Adams, and Carmine Appice. He maintains a busy schedule of teaching, touring, clinics, and sessions, and is always striving to evolve in every facet of his music making.

Here’s what the press has said about Dave Schoepke’s debut album “Drums On Low”:

“This percussive music possesses and honesty and immediacy that emphasize the full resonant tones of the drums. Each piece explores its own set of ideas and themes, developing and building a sound world while providing both continuity and diversity.” - Martin Patmos, Modern Drummer March 2020

“‘Drums On Low’ is a drums-only affair that runs a spectrum from hypnotic tribalism to musique concrete and the avant-garde, with nods to modern jazz, rock, and orchestral moments in between. Many of the tracks have a distinct melodic voice highlighting the harmonic richness and depth of each drum” - Paul Vnuk, Recording Magazine Jan 2020

“Often as mysterious as a contemporary classical record that looks to push the boundaries, there have been some solo bass and solo sax records that intrigue and infuriate, sometimes both at the same time but this just drums along with an amazing amount of variety coming from a solo drum set. For the real purist.” - The Midwest Record July 2019

“Dave Schoepke continues to bring in international praise for his recent solo release ‘Drums On Low.’ I recommend this album for initiates to drum / percussion sounds or anyone looking to discover this through a particular and calm album. It is quite pleasant and relaxing to listen to.” -Music In Belgium May 2020

In support of “Tessellated Resonance,” Dave will be performing ongoing Facebook Live and YouTube shows showcasing the new and old music and when the pandemic eases up US Midwest and East Coast tours are planned as well as Europe. In November Dave will be releasing downloadable bonus tracks and bundles with the album through the German label Djummi Records http://www.djummi-records.de/ 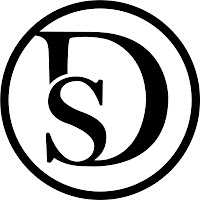