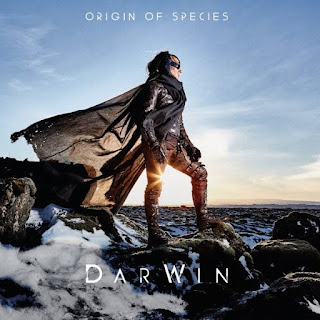 “Earth’s Carbon Dioxide Levels are Likely the Highest They’ve been in 15 Million Years” University of Texas at Austin, Jackson School of Geosciences

“Technologies built for our survival,
Back on Earth made us a dominant rival.
Working as one, we conquered all nations,
All networks now under our communications.
Resources rationed, ideas controlled,
An intelligent regime to save our souls.
Children of the future,
Return to the light,
Saving our Planet from our self-inflicted plight.”
— DarWin, For Humanity

“The Revolution will come in waves.”— DarWin, Artificial

Welcome to the near-future: the world of DarWin. An intricate musical fantasy concept that launched in November 2018 in the UK only with the ambitious single release of “Escape The Maze,” followed by the full length album “Origin Of Species.”

The album is now available internationally on all major digital distribution platforms, with an epic cinematic video of “Escape the Maze” available on YouTube, Facebook and iTunes. More DarWin videos can be found on YouTube and Facebook.

Who is DarWin?: An Introduction to the “Escape the Maze” video saga.

It’s roughly ten years from now into the future, 2028. An exhausted ecology, and global conflicts, have led to a huge upheaval of the world order, straining and diminishing human populations. The lives of everyday people and families have been turned upside down by the intense ecological pressures related to climate change. No longer just a theory discussed by scientists and politicians, climate change is wreaking havoc on the world. Chaos and confusion reign as fighting for basic resources continuously escalates. “Day Zero” has occurred, when nuclear attacks punctuated what had for many years been a civility between nations and people. As Earth rejects life, those of us who remain struggle to survive. 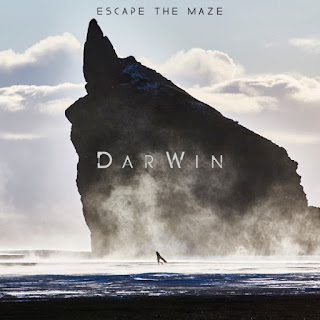 “Escape The Maze” is the first installment in an evolving saga that addresses the challenges of mankind in our coming era. It depicts the role of a changing planet, and the potential, as well as limitations, of technology to help solve mankind’s greatest challenges. The story of “Origin Of Species” is represented through music, graphic storytelling and videos.

A complex project that’s eschews the hollow immediacy of much contemporary art. A narrative that demands attention and imagination. With music sweeping in scope, at times evoking hard rock virtuoso shredding, alongside grand orchestral compositions, warm harmonies and soaring choruses.

The music seeks to capture the listener in the spirit of the greatest concept albums that have helped to define the history of rock. Heavy riffs and killer grooves lead way to delicate ensembles, only to pick up the pace again with searing guitar solos. The genre is decisively Prog Rock, but DarWin begs to be appreciated by a large global audience of music enthusiasts. Key tracks to discover the narrative include: For Humanity, Walk Away from Earth, the Last Chance and Artificial. Emotionally powerful songs for a wide audience include One Horizon, Cosmic Rays, and Forever.

The “Origin Of Species” album features legendary drummer and producer Simon Phillips, who, in addition to playing drums, percussion and keyboards, also engineered, mixed and drove the production on the album. Veteran bass player and singer Matt Bissonette performed a rich array of lead and background vocals and bass. DarWin himself drove the songwriting and conceptual vision while playing various guitars.

The album was produced by DarWin and Simon Phillips. They are continuing to work on new music together at an undisclosed location. The saga will continue...

Watch Simon Phillips discuss the making of  “Origin Of Species”:

The album will also feature a stunning graphic comic-style layout telling the story visually. A sample page is below: 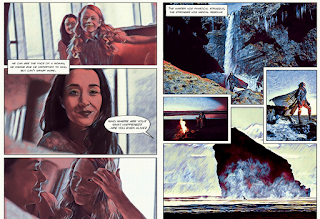 
The album is released by Origin Of Species LLC.