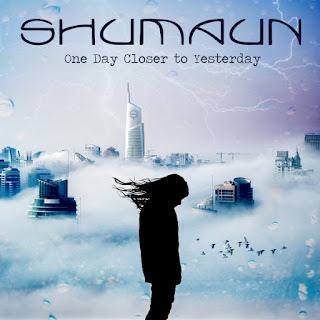 Prog ensemble Shumaun will be releasing their highly anticipated sophomore album “One Day Closer to Yesterday” on February 22, 2019. The new release has an underlying concept of love gone wrong. The album begins with two souls in a state of preexistence bonded by love, and continues after they are both assigned bodies on Earth. All attempts at a blissful reunion are complicated, as only one of them can recall their state together prior to birth… and yet their connection is undeniable. “One Day Closer to Yesterday” touches on the many real struggles, conflicts, and experiences that romantic relationships might go through... the good, bad, spiritual, and terrestrial.

The Shumaun sound is shaped by the soaring vocals and lead guitar work of Farhad Hossain, the pounding melodic bass lines of Jose Mora, the subtle guitar nuances of Tyler Kim, and the technical and groove-oriented drumming of Tanvir Tomal.

Says vocalist/guitarist Farhad Hossain, “Stylistically, this album is a bit more raw and heavier than our last one. Guitar wise, there are surprisingly a lot of riffs throughout the album. I use the term 'surprisingly' because I never really considered myself to be a riff writer, but somehow that's the natural direction that this album took a turn to. Much of the lyrics were comprised from improved vocal sessions that were further refined in order to capture something real and unfiltered. Many of the vocal melodies were spontaneous. I incorporated more vocal harmonies and vocal textures this time around as well. Tanvir Tomal is playing his heart out on this one. Some of the drum rhythms are simplistic in approach and yet somehow technical in nature. As always, Jose Mora's bass playing is tasteful, melodic, and technical all at once, And of course, you can hear Tyler Kim's guitar textures throughout the album.”


Shumaun initially started as a solo project by Farhad Hossain. After recording a few demos, he decided to recruit a few friends to help build the project into a full-fledged collaborative band. The band released their self-titled debut album on Nov 13, 2015 to rave reviews, and supported it with several shows. Both Mark Zonder (Fates Warning) and Travis Orbin (Darkest Hour) played drums on the first record. Shumaun made it on many lists for best records of 2015 such as Decibel Geek, ProgMetal Zone, Metal Asylum, Rockway.Gr, Progressive Music Planet and The Deli DC Magazine. 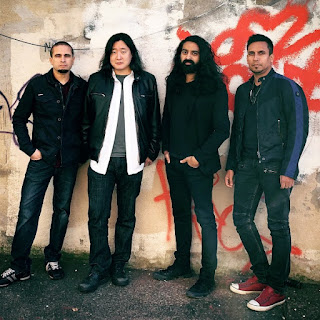 Track listing:
Sensus Divinitatis
The Writing’s on the Wall
Fear Is
Nafsi Ammara
City of Gold
Central Station
Prove Yourself
Go
Remember Me and I Will Remember You
One Day Closer to Yesterday

Here's what the press has said about Shumaun:

PROGRESSIVE MUSIC PLANET REVIEW
“Great vocals, well-written songs, and solid musicianship are the hallmarks for the debut self-titled release by Shumaun. It's a very enjoyable album for anyone who likes to sing along with their music. With Shumaun, the songs come first. And that makes for a very enjoyable experience.”

BACKGROUND MAGAZINE REVIEW
“Shumaun have recorded a perfect debut album that might appeal to a large audience. The music is impressive and pretty close to brilliant.”

METAL ASYLUM REVIEW
“Every part of the journey brings unexpected twists and fresh rewards, blending multi-cultural rhythms and sounds for one of the best rock/metal/prog songs of 2015.”

THE GRIM TOWER REVIEW
“It's rock music with a lot of replay value, and some strong messages at heart. Shumaun is REAL music with REAL effort and REAL values put behind it. There's a definite positivity here, and it comes off as a rather heartfelt and passionate moment that I'm thankful to have been able to recommend your way.”

DECIBEL GEEK REVIEW
“AWESOME! OK, this band is AWESOME and have produced probably my favourite album of the year. A new band in age, this is a set of serious musos, with chops that your local butcher would envy. If you like the axis of Rush–Genesis-King Crimson, Shumaun is a must for you.”

METAL AT THE GATES REVIEW
Bringing something fresh and invigorating to the world with their debut self-titled album, Shumaun paints a beautiful soundscape with progressive, rock, pop and touches of delectable South Asian flair. The writing ranges from outright gorgeous with ear-catching progressive rock grooves to straight forward pop-influenced rock.”

In closing Farhad has this to impart, “The message we want to convey through our music is that no matter how different we might view one another; our similarities far exceed those differences. We have the potential of exuding a profound love for one another, as we are all united in more ways than we might think.”

Shumaun is currently playing gigs in the Washington DC area to promote the new record and will start planning an east coast tour of the US in the late Spring of 2019.