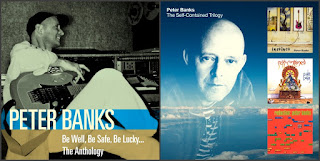 PETER BANKS: BE WELL, BE SAFE, BE LUCKY… THE ANTHOLOGY 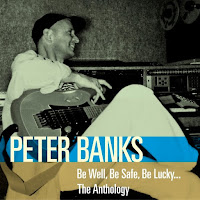 Peter Banks was one of the original members of YES and an accomplished guitarist, but sadly passed away in 2013. Be Well, Be Safe, Be Lucky...The Anthology is the FIRST EVER compilation of his solo career.

This set is being released in his memory, by his Estate via Cherry Red worldwide, during the 5th anniversary of his passing and the 50th Anniversary of YES. The 2CD set includes “Knights (Reprise)” which features Phil Collins, Steve Hackett and the late John Wetton. Also included is the first release of the short instrumental “Knights (Revisited)” which features Billy Sherwood, Jay Schellen and Tony Kaye of YES.

The second disc features numerous rarities, (including two previously unreleased extended tracks) collected together from 7 different compilations… a “catch all” of Peter Banks tracks that fans may not have heard before. The second disc includes the astonishing guitar led instrumental re-record of YES’s “Astral Traveller.”

The booklet features an original poem by Bill Ward of Black Sabbath, included with kind permission. The set also features new artwork and the audio has received a 2018 remaster. 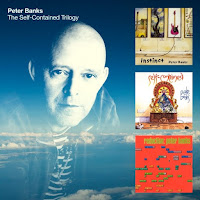 The booklet features the original album artwork, liner notes and credits. The set also features new artwork and the audio has received a 2018 remaster.

To purchase NOW from Amazon: http://geni.us/PBME2