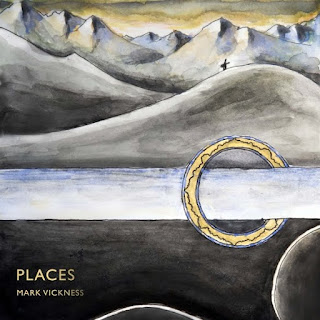 Oakland, CA - After years as the driving instrumental force behind the guitar/vocal duo, Glass House, guitarist Mark Vickness releases his first solo CD inspired by experiences traveling throughout the US.

“Places” is a modern fingerstyle solo acoustic guitar CD featuring eight original compositions and an arrangement of the spiritual, “I Must Tell Jesus,” which Mark recorded in memoriam to the woman who raised him who died in 2015 at the age of 99.

Says Mark, “Although the music on this CD is inspired by places I have been, it's also about the personal journey of delving into modern fingerstyle guitar in writing and recording these pieces.”

Along the way, Mark enlisted the talents of his wife, Jennifer and his two children, Lucy and Will, to make this a family-inclusive project. Both Jennifer and Will contribute photos to the twelve page color booklet included with the CD. Lucy, who was recently named the Youth Poet Laureate of Oakland, offers one of her poems to accompany the arrangement of “I Must Tell Jesus.”

The places and experiences that inspired these pieces include Thousand Islands Lake in the High Sierra Mountains of California (A Thousand Islands) where Mark got engaged, the Wind River Range in Wyoming where Mark had many tranformative first experiences, Prince William Sound in Alaska, New York City and Hawaii where he had a magical ocean encounter with manta rays (Flight of the Rays).

Modern Fingerstyle Guitar is a genre that traces its roots back to a few early proponents, most notably Michael Hedges. The idea was to expand the musical vocabulary for the steel string acoustic guitar by employing percussive techniques, broader use of harmonics, unique tunings and better ways of amplifying the acoustic guitar to produce a richer, more layered, orchestral sound. That initial idea continues to motivate players to come up with new ways to push the envelope including the use of various effects and looping. Mark employs all of these techniques in these compositions.

Says Mark, “The only rules I set for this CD were that all the pieces be played on a steel string acoustic guitar and that I be able to perform them live as a soloist. I only broke the rules a few times. Because I come from a background as a composer, my focus was on the compositions themselves rather than on any particular fingerstyle technique.”

In addition to writing and performing these pieces on guitar, Mark reached back to his love of composing for string quartet for the coda of the “Wonder Lake Suite.” He also performs the tabla part on “Flight of the Rays.”

“Places” was recorded, engineered and mixed by Dan Feiszli at his studio in El Cerrito, CA and at Fantasy Studios in Berkeley, CA. The string quartet coda on Wonder Lake Suite was performed by two-time grammy award winning violinist/violist Mads Tolling and cellist Joseph Hebert. The CD was mastered by Reuben Cohen at Lurssen Mastering, Burbank, CA. The CD artwork was designed by Teo Mok.

In addition to the video of “I Must Tell Jesus” (https://youtu.be/2N7BU1FVZG8), Mark will be recording several more solo guitar videos in the coming months as well as performing both as a solo guitarist and with Glass House. Glass House is currently in production for its next EP. 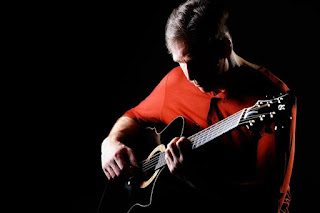