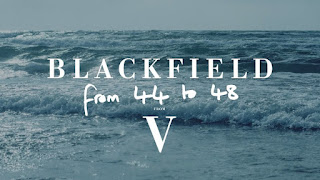 London - Ahead of the release of their new studio album “Blackfield V” on March 17th through Kscope, Blackfield, a collaboration between Israeli songwriter and musician Aviv Geffen, and British musician and producer Steven Wilson, have released a new lyric video for the song “From 44 to 48”.

Steven Wilson comments on the song “Even though I don't really write songs with specific projects in mind, as soon as I wrote this one I knew it was for Blackfield.” He continues on the idea behind the track, “From 44 to 48 is a song about growing older and letting go of dreams.” 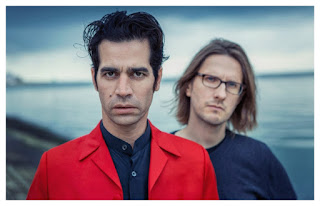 
The new studio album “Blackfield V”, written and recorded over 18 months in both Israel and England, contains 13 linked songs that form a flowing 45 minute ocean themed song cycle. The duo expertly handle the vocals, guitars, and keyboards, with Tomer Z from the Blackfield band on drums, Eran Mitelman on keys, and string arrangements performed by the London Session Orchestra. “Blackfield V” is a powerful journey through catchy melodies, lush arrangements, and stunning production, with legendary producer / engineer Alan Parsons working on three of the album's key tracks.

The pair make for a formidable musical force; Geffen has worked with legendary producers Tony Visconti and Trevor Horn, has played live with U2 and Placebo, and is currently a judge on the Israeli TV show The Voice. Wilson, after a long tenure as the leader of the hugely influential band Porcupine Tree, has since embarked on a highly successful solo career, achieving 3 UK top 40 albums (the most recent also making the top 3 in Germany, and The Netherlands), and 4 Grammy nominations.

Blackfield V will be released on the following formats all of which are available to pre-order now: http://found.ee/BLACKFIELD_V

2 Disc - CD / Blu-Ray: presented in a deluxe media book with the Blu-Ray offering audiophiles a listening experience second to none, with the album in high resolution stereo and 5.1 surround sound. Includes a 36 page colour booklet

Fans can also view a clip offers a taste of 3 tracks from the new album - “Family Man”, “Sorrys” and “How Was Your Ride”. Created by long time collaborator Lasse Hoile (www.lassehoile.com) the clip can be viewed here: http://found.ee/Blackfield-V-album-montage. All 3 tracks featured in the montage clip are available as instant downloads on pre-orders of the digital version of the album. 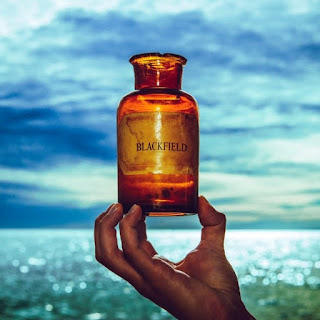