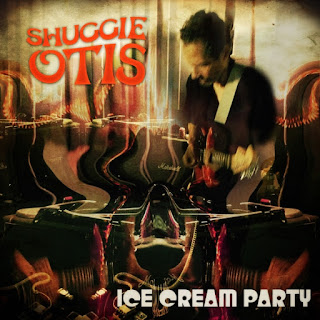 Los Angeles, CA - R&B guitar legend Shuggie Otis is preparing a massive comeback that is sure to make the music world sit up and listen. 2016 will see the release of a brand new solo album from this much revered singer-songwriter-guitarist, his first since the 1974 all-time classic Inspiration/Information. That’s right, fans have waited more than 40 years for a new Shuggie album, and this month they can get a taste of what awaits them by picking up the Ice Cream Party 7”, which will be released on November 27 as part of the Black Friday Record Store Day promotion. This spectacular new jam finds Shuggie exploring his psychedelic side while turning in an explosive, guitar-heavy performance. The 7” will be available in a limited edition gold vinyl pressing.

Shuggie is also pleased to announce the first leg of his European tour, which will kick off in Paris on February 17. Nobody brings as much soul, style, and swagger to a live performance as Shug with his signature red Gibson SG, and fans who have followed this multi-talented performer’s tumultuous career know that a Shuggie Otis concert is not an event to be missed. Whether it be the fabulous grooves of “Inspiration Information” or the funkdafied rhythm of the stone-cold classic “Strawberry Letter 23,” Shuggie’s songs have a magical sway over audiences, both young and old, guaranteed to get them on their feet and dancing in the aisles!

The son of renowned bandleader and musician Johnny Otis, Shuggie Otis began his incredible career at the tender age of 15, playing as a session guitarist alongside Al Kooper before releasing his first solo album Here Comes Shuggie Otis in 1970. Already being hailed as a uniquely skillful guitarist, Shuggie proved his mettle as a songwriter the following year with the hit single “Strawberry Letter 23” from his second solo album. Now one of the most sampled songs in all of modern music, “Strawberry Letter 23” became an even bigger smash when The Brothers Johnson recorded their version in 1977 (produced by Quincy Jones). After the release of his third album Inspiration Information failed to meet outsized expectations, Shuggie seemed to retire permanently from music. But, thankfully, he reemerged in 2013 with a deluxe reissue of Inspiration Information as well as a live CD & DVD Live In Williamsburg. Now, Shuggie is about to embark on the comeback of a lifetime, and his adoring fans stand ready to re-embrace him!

Visit http://www.shuggieotismusic.com for up to date tour information