New alternative rock group Lasso Moon merge major Liverpudlian bands BROKEN MEN and SANKOFAto release the love song to the drug codeine ‘Kimota Codeine’. Taking influence from Pixies, Sonic Youthand Nick Cave, Lasso Moon has a minimalistic sound to create more honesty in their music. The single is being released alongside a homemade video that took inspiration from Jim Jarmusch’s ‘Down By Law’, which was filmed in black and white with one static shot.
Watch the music video for ‘Kimota Codeine’ here:
The minimalistic modern guitar sound mixes genres of hard rock, grunge and punk to form a raw honest style like no other. Lasso Moon aim to say something with their music and with ‘Kimota Codeine’ the track explores the theme of transformation, particularly in reference to codeine and how it numbs the stress of modern life. The theme is mirrored in the music video, which shows front man Bobby Westheadsearching for a distraction, conveying that no one gives time to art anymore due to the constant diversion of the internet.
‘Kimota Codeine’ was engineered and co-produced by James Mellor at The Motor Museum Liverpool, where artists such as Oasis, Arctic Monkeys and Jake Bugg recorded.
Links:
https://soundcloud.com/lassomoon
https://www.facebook.com/lassomoon
https://www.instagram.com/lassomoon
https://twitter.com/LassoMoonMusic
Posted by Keith "MuzikMan" Hannaleck at 2/02/2017 No comments: 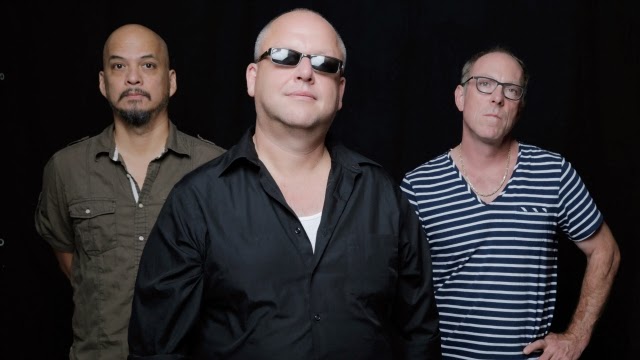 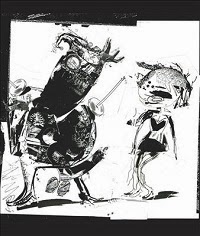 Release Date: September 3, 2013/January 13, 2014
Label: Independent
Website
After an extremely influential, but far from financially successful, career that lasted from 1986 to 1993, the Pixies “reunited” in 2004. It was widely understood that the original four members put their previous issues aside in exchange for some lucrative touring income. The results pleased many fans that never had a chance to see the band back in their heyday, but it did not result in any new, original material from the band apart for one single, “Bam Thwok.” Then in 2013 bassist Kim Deal decided to leave the band and shortly thereafter the band released a new single “Bagboy.” Two EPs have since followed, EP1 and EP2 , with a studio musician covering bass duties for Deal.
As a big Pixies fan, I was pretty excited when the band reunited so I could finally see the band perform the material I loved. The rumors about potential new material persisted for years, and I hoped they would remain rumors since I expected that none of the new material would ever be as good as the previous releases. I enjoyed most of what came out of Frank Black and Kim Deal’s other ventures, but a lot had changed over the years. Especially now without the essential Deal in the band, it would be really hard for the Pixies to meet my, and many fans expectations.
So now that I have heard both of these new EPs, am I disappointed? I’m not, but they aren’t a return to form either. I suppose I expected them to sound more like Black’s more recent work since he is the most influential member of the group (especially now). The first two tracks of EP1 fall more into this line of thinking. They are pretty underwhelming. I would have put “What Goes Boom” first and “Indie City” second on the EP. They are both more reminiscent of the bands earlier work and would have put a better taste in my mouth for the reintroduction. They’re still not as good as previous songs, but if they were bonus tracks on a re-issue of an earlier album from those sessions I wouldn’t have been all that surprised. 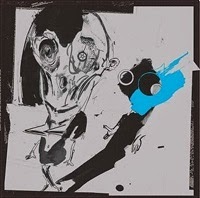 EP2 on the other hand is more promising. What I like about it is pretty much what I had originally feared the most. While it sounds more like Frank Black than it does Black Francis, it does sound like a more mature Pixies. We can’t ignore the fact that that the members of the band have matured over 20 years and on songs like “Magdalena” and “Greens and Blues,” it works for me. While I still don’t love the new material, it’s better than EP1 and if the band continues this trajectory, it just might work in time.
Ultimately, would I rather these two EPs never existed in the catalog of the Pixies? Yeah, probably, especially since I found everything else to be pretty great. I do think that if they would have made one EP with 5 songs instead of these two it would have been better received though. Most reviews I have seen have been less than kind, but they do tend to agree in the improvement from the first to the second. It sounds like the Pixies are going to continue to release more down the road, and hopefully this progression continues. Still, if the band is to have any chance of releasing an album of similar quality to those they did prior to their hiatus, I would find it difficult without Kim Deal influencing the process.
EP1 2/5 Stars/EP23/5 Stars
Key Tracks: Indie City, What Goes Boom, Blue Eyed Hexe, Magdalena
Kevin Kozel