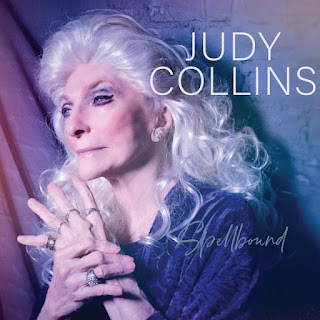 Los Angeles, CA – With a career that spans over an astounding five decades, singer/songwriter Judy Collins continues to reach for new heights with her craft, pushing her renowned talents in new directions, and leaving audiences absolutely spellbound! Just this year she achieved a remarkable first, releasing her first ever album of all original material, with songs that were either written or co-written by herself. And just this week it was announced that this very album, Spellbound, her 55th recording overall, was nominated for a Grammy for Best Folk Album. It’s Collins’s seventh Grammy nomination, and her second in the album category, next to her 2017 duet album with Ari Hest, Silver Skies Blue.

Spellbound was always destined to be something special. Written during the COVID-19 pandemic, the songs draw heavily from Collins’s own life including her childhood (“When I Was A Girl In Colorado”), her early music career at the forefront of the ‘60s folk revolution (“So Alive”) and her most profound social-activist influences (“Thomas Merton”). But it isn’t just the rich autobiographical material that makes Spellbound soar, it is also the production team behind the recording including studio musicians Thad DeBrock, Zev Katz ,and Doug Yowell, as well as co-producer Alan Silverman and Hest, who has the only co-writing credit on the album, for the title track.

It’s a team effort that caps an incredible decade of artistic renaissance for Collins, but at the center of it all remains that unmistakable voice, a voice that has persisted across the years and lost none of its power or beauty. Here is just a sampling of the accolades Spellbound has received from major media publications:

“Her voice and her writing have lost none of their chandelier sparkle.” – Uncut

The Grammy nomination for Best Folk album is as richly deserved as the praise the album has received. There’s no better time than now to become captivated, enraptured and mesmerized by this incredible album. 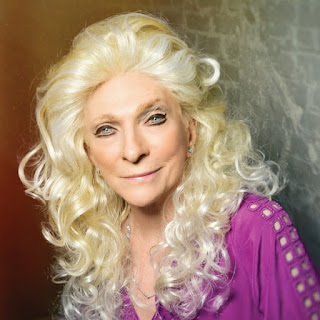