Prog Legends Caravan Release “If I was To Fly” the First New Single & Animated Video From It’s None Of Your Business - New Studio Album Out October 15, 2021 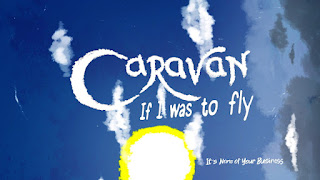 Following the announcement from Prog legends Caravan, of their new album It’s None Of Your Business the band have released their first single “If I was To Fly” accompanied by an animated video courtesy of Matt Entecott (https://www.matthewentecott.com )

WATCH / LISTEN TO “IF I WAS TO FLY” FROM CARAVAN HERE

Founding member Pye Hastings comments “Back in 1970 we played a 3 day festival in Rotterdam alongside bands including the Byrds, Santana, Jefferson Airplane, Soft Machine, Pink Floyd plus many more but stuck right in the middle on the 3rd day was Mungo Jerry who played ‘In the Summertime’ - the crowd erupted and they were without doubt the hit of the day!

When I played ‘If I was to Fly’ to the band I said ‘Think, Jug Band’ and because I was so impressed by the power of that simple song at the festival, I wanted to doff my cap to that style of music. The guys in the band are such good musicians that they knew exactly what I was after, and the track was recorded in the first take.”

It’s None Of Your Business, Caravan’s first album since Paradise Filter (2013) is due to be released on CD 15th October (digitally on 8th October) and as a vinyl LP, on 5th November, on Madfish Music. The release features 10 brand new songs including instrumental tracks influenced, to a degree, by the events and restrictions placed on society over the past 18 months and was recorded between 24th June and 4th July 2021 at Rimshot Studio, Bredgar near Sittingbourne.

It’s None Of Your Business overflows with Caravan’s trademark warmth and humour and, also, a sensitivity reflecting the times in which we are living. Sitting among Caravan’s typically whimsical tales “Down From London” and “If I Was To Fly” sit the heartfelt and poignant “Spare A Thought” and “Every Precious Little Thing” which looks forward to a return to normality. 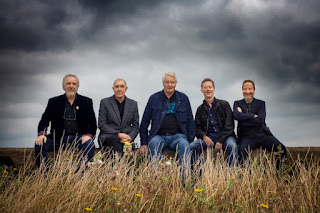 It’s None Of Your Business cover and artwork has been created by renowned illustrator Bob Venables (https://www.bobvenables.co.uk/) 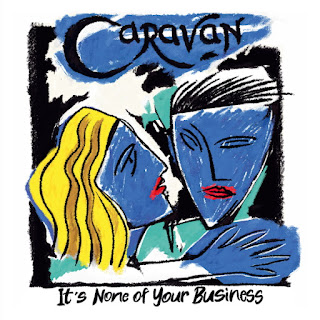 It’s None Of Your Business is released on October 15, 2021 on CD & digitally (October 8th) with the LP on black vinyl released on November 5, 2021 through Madfish Music. PRE ORDERS AVAILABLE NOW HERE (https://CaravanBand.lnk.to/ItsNoneOfYourBusiness)

Caravan will also be on tour, supporting the release of their new album, in the UK in October:

About Caravan
Caravan are one of the doyens of the progressive rock and the ‘Canterbury scene’, formed in 1968 and blending rock, jazz, folk and classical influences into a warm and distinctive sound.

Founder member Pye Hastings (guitar/vocals) remains as Caravan’s guiding light and primary songwriter. Geoffrey Richardson (viola, mandolin, guitar) first played with Caravan between 1972 and 1981 and returned to the fold in 1995. Their previous 14 studio albums and numerous live recordings have seen them attract a large and faithful following and Caravan toured regularly until the restrictions of the COVID-19 pandemic. They have a UK tour scheduled for October 2021 and have interest, from abroad, for overseas tours to Japan, Canada and South America.

The legends of the Canterbury scene band are being celebrated in a lavish 37-disc box set, entitled Who Do You Think We Are, released on Madfish on 20th August.