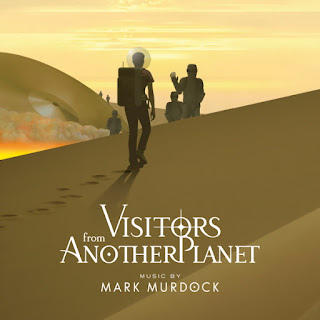 Mark Murdock, best known as the drummer in Peter Banks (YES) Empire Mark lll, The New Empire with Fernando Perdomo, Cymbalic Encounters with Brand X members. Mark most recently released a solo record, “The Phoenix Has Risen” and with Nuclear Bird's “Tyrannical Megalomanic.” Mark sees his new creation “Visitors from Another Planet” as a “further contribution to the Arts with new dimensions and atmospheres not explored on my previous works.”

“Visitors from Another Planet” Track Listing:
1. Visitors from Another Planet
2. Time Travelers from the   Future
3. The Purveyors of Underworld Ideas
4. The Tarnished Mirror
5. False Algorithms
6. Forgotten Episodes
7. The River of Illusion
8. Somewhere and Nowhere
9. Adapted for Theater
10. Sub-Reactional Stratospheric Complex
11. Friction
12. Shadows that Stood Between the Lies
13. In Speculation

Watch the Promotional video for “Visitors from Another Planet”:

Digital download:
https://cymbalicencounters.bandcamp.com/album/visitors-from-another-planet
*Features the Bonus Track “The Truth is Out There”

*Soon to be launched on: iTunes, Amazon, Spotify