Unquiet Music LTD Releases New Concept Album “In The Name Of... (A Prayer For Our Times)” Featuring Trey Gunn of King Crimson 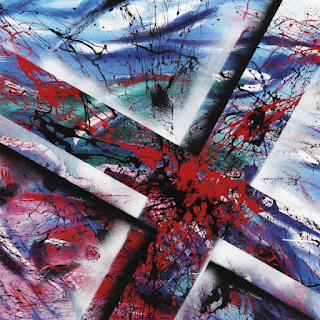 “Everything in this work sounds like it could have come from another planet.” – Trey Gunn

Unquiet Music LTD has released a new concept album titled “In The Name Of... (A Prayer For Our Times)” and features Trey Gunn of King Crimson, Markus Reuter of Stick Men and Frédéric L’Epée of Yang among others.

The overall spirit behind this album is rock ‘n’ roll - keeping a popular access to an uncompromised way of approaching things. However, it also has the ambition of providing something different for adventurous ears.

Watch the video for “In The Name Of The Son (Atomisation)”:

Download the free single (It is a FREE DOWNLOAD and it comes together with a previously unreleased track (a choir work): https://unquietmusicltd.bandcamp.com/album/in-the-name-of-the-son-single-free-download

Unquiet Music Ltd is both a concept and a company funded in 2019  by  JP Rossi. JP grew up in the late 70’s and 80’s, and founded different bands by the end of the 80’s, early 90’s, inspired by both British epic and dark rock and French ‘chanson’, bands such as Genesis, Simple Minds, Joy Division, and in France Alain Bashung, Alain Souchon etc… He had a notable act in the 90’s called “L’Air de Rien” with the drummer Karim Ziad, and guitarist Khliff Miziallaoua, from the then ‘rai’ scene (Cheb Khaled, Cheb Mami) who contributed to the album as well. In the mid 90’s the band split and it was only 20 years later that JP returned to the music, with a wealth of musical education and worldwide experiences. 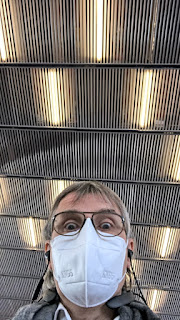 Unquiet Music Ltd is meant to be self-explanatory:
… Since we are living in unquiet times…

Says JP, “The idea is to create an uncompromising sound, basically something that would not be heard anywhere else – at least as such, since we all only recycle…The form is a musical mandala in 4 pieces, based on the traditional prayer “In the name of the father etc”… The music should really be considered as a single piece, a prayer, a vessel to be embarked in a travel through our modest but also ambitious condition.”

The music was elaborated as a tentative transcription of aural dreams. The process developed over a couple of years, and was only possible through the patient collection of the dreams remnants into a digital audio workstation. Some of the themes needed live performances, and musicians gradually integrated the project. An important step was passed when Markus Reuter joined for the production by the end of 2018.

There is a full length video to support the music. It is not a ‘contemplative’ work in any way, it rather aims at creating a story in parallel with the music. It should add a different and hopefully interesting dimension to the experience. There are also close to 2 hours of demo work, some quite advanced, some quite different, that Unquiet Music Ltd intends to release gradually, including bonuses for fans.

This is an Unquiet Music Ltd release

“I’m glad that I live in a world where music and sound art like this are a reality. So much detail, a lifetime of creativity incorporated into an insane long-form opus. This is the musical place where ideas and idealism meet. You all should treat it with respect” - Markus Reuter

“A crazy and extraterrestrial music! Check it out!” - Frédéric L’Epée

“For folks who are into stretching their ears beyond where they have ever gone before, you really need to check out this recording from Unquiet Music Ltd. It is strikingly strange, imaginative and superbly executed. Electronica meets Messiaen meets...Gentle Giant? Magma? Stockhausen? Borge? Lynch? Cortazar? Everything in this work sounds like it could have come from another planet. This is an extra-terrestrial composition/work.” - Trey Gunn