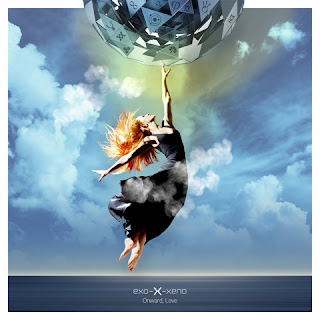 On January 15, 2021, progressive rock project exo-X-xeno launches its debut single of  aspiration and hopefulness, called “Onward, Love.” The song release, along with a companion inspirational promo video, pushes the prog rock boundaries of space and time with expansive, melodious vocals and sonic instrumental layering - all accomplished with a star-studded roster of musical greats.

Founded by composer, vocalist and guitarist Craig Maher, exo-X-xeno is a musical constellation consisting of bassist and backing vocalist Billy Sherwood (Yes, Toto and Conspiracy with Chris Squire), drummer Jay Schellen (Hurricane, Yes and Asia), and legendary keyboardist Patrick Moraz (Refugee, Yes and The Moody Blues). The group’s plan is to release a series of singles throughout 2021 that will be fused into a new  conceptual album (designed by Maher), entitled, Luminous Voyage.

“Exo-X-xeno is about crafting adventurous conceptual compositions into amalgamated tapestries. I want the listener to think and feel on a deeper level…to elevate and go beyond where they wish to go…to let them paint their own life’s experiences into the narrative of the song,” says Maher. 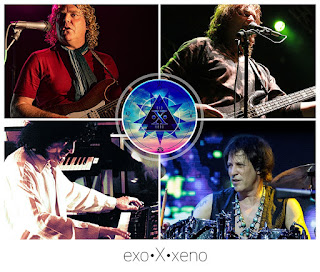 About Craig Maher, Founder of exo-X-xeno

Craig Maher’s musical journey as a composer, guitarist, vocalist, and recording and visual artist is sprinkled with celestial eclecticism. Throughout his 30 years of playing, studying and composing guitar-based music, he released two records, Through the Garden of Temptation, and Propel (2009). He composed the music score for the film Brooklyn Lobster, with Danny Aiello and Jane Curtin (2005). Maher has performed in a plethora of venues spanning from the U.S. to Europe and is looking forward to touring with exo-X-xeno in the near future.

The year 2021 already looks to break through the stratosphere with the upcoming release of another exo-X-xeno single entitled, “Vitruvian Man,” featuring the  Maher/Schellan/Moraz lineup, to be accompanied by another video launch.

The single “Onward, Love” will be available for digital download on January 15, 2021, with limited CD printed versions released on Shine-ON Records coming in the spring.