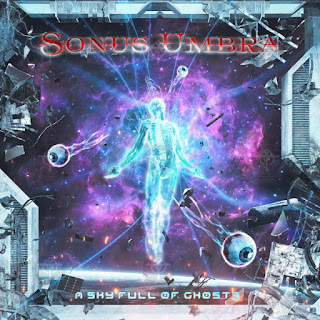 Sonus Umbra came to life in 1991, formed by a group of physics and math students in Mexico City who drew from their shared love for all things dark, hard rocking and melodic. 30 years later, now based in Chicago and including some of the most accomplished veteran musicians of the Chicago rock music scene, the band continues casting shadows made of sound.

The band’s new studio album “A Sky Full of Ghosts” concludes the journey that began with “Beyond the Panopticon” and closes a chapter in the band’s own journey. The new album is a milestone of elaborate and ferocious progressive rock, and yet it is also their most melodic material to date.

Part 1 (“Beyond the Panopticon”) tells a story about the misconceived identity of a nameless protagonist who reminisces about lost love and near misses with death until he suddenly discovers that all of these memories are false. As he awakens to the reality around him, he realizes things are not as they seem, and that he is being watched...

Part 2 (“A Sky Full of Ghosts”) starts with the protagonist at war with his identity and environment. He learns that he is on board a vessel, deep in space and very far from home. The date is unknown. His mission is to assist the AI that runs the vessel and keeps him healthy and alive as they search for an exoplanet suitable for human habitation. In his broken mind, he personifies the AI that watches over him as a supernatural adversary: the Lorelei, with a bewitching song that will eventually lure him to his death.

Ultimately, the protagonist realizes that the Lorelei was always his ally, and the Earth of his memories is long gone, its flora and fauna decimated and no longer able to sustain life, destroyed by humanity’s hubris and senseless greed. As denial gives way to acceptance, the album is a plea for reason to prevail: it is suicidal and insane to wage war against your ship, which is the only thing keeping you alive in space. This is true whether the ship is an artificial vessel or the planet we call home.

We are all in this together, and we all are the same in the dark. 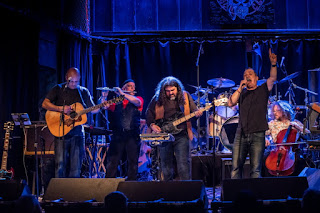 You can order the eight-panel digipak compact disc directly from the band and stream the songs at gotsonus.bandcamp.com.

The album is also available at select distributors or directly at shadowsmadeofsound.com/store.