Fairport Convention Collect Together the Recordings on Alan Simon’s Rock Operas, Including 'Excalibur: The Celtic Rock Opera', on the Album 'Fame and Glory' – Out Now! 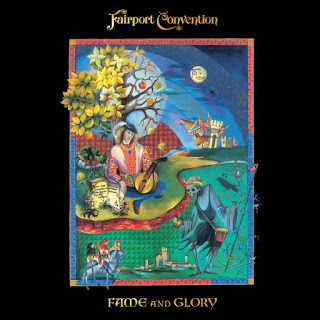 Fairport Convention has collected together its recordings created for Alan Simon’s various rock operas, including Excalibur: The Celtic Rock Opera, on a ‘catch all’ release for fans to buy the recordings in one place.

The band previously made this compilation available to its fans, but this mainstream release adds three tracks including a previously unreleased studio recording ‘Goodbye My Friends’.

Simon Nicol described working on the songs: “Fairport Convention don’t often get asked to collaborate on outside projects, but none have been more exciting and artistically rewarding than those inspired by Alan Simon. One of the musical highlights of my professional life - and some of the most enjoyable times on and off stage. It’s great to have Fame and Glory as a souvenir of happy times.“

Dave Pegg said of the release “I am so pleased to see this great album available again but with bonus tracks. It was such a joy to record and play on these lovely songs with some of my favourite musicians. Do get hold of a copy - it will make a nice Xmas prezzie!”

French musician Alan Simon, creator of the rock operas, described the release: “This has got all the famous songs from my collaborations with Fairport Convention.  This album is considered some of Fairport at its best.”