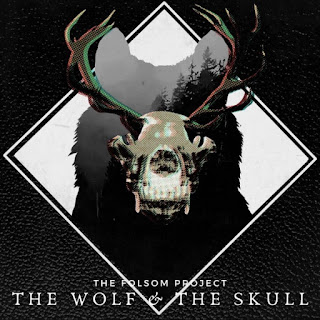 San Francisco, CA – From the mind of composer, producer, and multi-instrumentalist Romsam Malpica, a new way of presenting cinematic atmospheres through an audiovisual experience has been born under his moniker THE FOLSOM PROJECT. A mix of Orchestral Rock, Trap, and Trip-hop, THE FOLSOM PROJECT draws inspiration from Romsam’s experience with film scoring and dark sound design, which he explores on his debut cinematic concept album THE WOLF & THE SKULL, releasing online February 21 everywhere music is streamed and sold, followed by an official CD release on March 13, 2020.

THE FOLSOM PROJECT was conceived in 2015 while Romsam was studying music production for a year at Pyramind in downtown San Francisco, CA. Originally from Jalisco, Mexico, Romsam was inspired by his new surroundings, and he took the name of the street where his SF Music Academy was located for THE FOLSOM PROJECT.

It was here that Romsam Malpica began to develop the concept of an “audible action thriller.” The resulting debut album THE WOLF & THE SKULL is a soundtrack to the story he tells of a sick and troubled doctor in charge of a biochemical lab in the middle of the woods. The doctor works on the mysterious Folsom Project, which hides a dark truth. The story is told through the eyes of  “The Wolf,” an animalistic creature that awakens in the woods with no memory and a thirst for vengeance, and explores The Wolf’s journey to unravel the truth about his past and stop the doctor at all costs.

The first single to introduce the album’s concept was “Dr. Schmidth,” which was released digitally in the summer of 2019 and is, as Romsam calls it, “the villain’s ballad.” Following that release was “Iceland,” the next single that explores a conversation between the secondary characters Ali and Bob, aka The Skull. Ali is in her mid-twenties and was abducted by the Project, while The Skull is a biogenetic scientist and the doctor’s partner.

These first two singles culminated with the digital release of The Wolf & The Woods EP, which featured the first five songs off the new full-length album. Romsam also designed visual elements across all the artwork and videos for the project to help establish the main color and tone of the album’s story, set amongst the dark imagery of the woods and featuring characters like The Wolf, The Lady in White, or The Skull with his mysterious yet unknown intentions.

Get a taste of the cinematic audiovisual experience provided by THE FOLSOM PROJECT and the new debut album THE WOLF & THE SKULL, releasing online February 21 everywhere music is streamed and sold, followed by an official CD release on March 13, 2020. 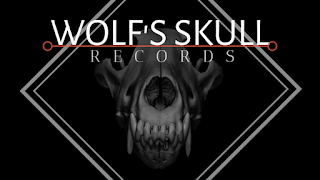 To order THE WOLF & THE SKULL on digital services please visit: https://smarturl.it/TFPWolfandSkull

To order THE WOLF & THE SKULL on Bandcamp please visit:  https://thefolsomproject.bandcamp.com/

For more information about THE FOLSOM PROJECT please visit: www.thefolsomprojectmusic.com