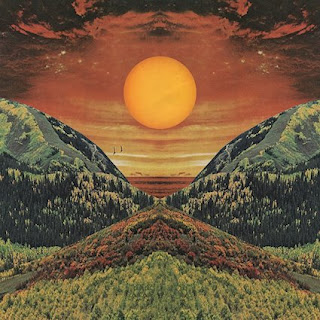 It takes a lot of talent and some good promotion to cut through all the noise of social media and the zillion other artists out there vying for your attention. If you do not have a hit on today’s radio stations and you play instrumental rock, well, let’s just say the chances of you becoming the next Joe Satriani are slim to none.

There are some exceptions to that rule and every once in a while, then some young six-string gunslinger gets my undivided attention. Let me introduce you to Sammy Boller. Never heard of him? Well, I didn’t either but now that has changed and it will for you too once you hear his killer new album Kingdom of The Sun.

Make no mistake, this guy is smokin’ hot people! He is one of the best I have heard in some time. The single and title track “Kingdom of the Sun” was released on January 17, 2020. It is an amazing track that rocks start to finish with some great melodicism albeit at lightning speed. The album drops on March 20th and a limited vinyl run will be available as well. It will sound amazing on vinyl, considering how great my digital copy sounds right now, I would not give it a second thought getting the 33rpm platter.

In one of the statements in his one sheet one person says “He is a state-of-the-art rock guitarist.” I would agree with that 100%. A lot is going on with those fingers and he sounds like two players going full tilt instead of one. The sound he creates is crisp, clean and it is always filled with rhythm, and every track offers something different with sound, emotion, color, and atmospheres. When I hear talent like this it sounds so pure, like the man was born to do this and nothing else. His gifts are obvious after one listen to Kingdom of The Sun. Sammy grew up wanting to be Randy Rhodes and Eddie Van Halen, well it sure looks as though he is showing a powerful combination of both of those influences.

Sammy also is a regular contributor with his article Secrets of Shred with Guitar World Magazine, which has a loyal following. So, he is willing to share his knowledge with his readers so they can learn how to play as he does. I wish you the best with that and you had better get a Metronome!

On 11 tracks of superb guitar virtuosity, Sammy takes a listener on an instrumental rocket ride. His playing is on a level few ever attain. I felt immediately turned on with his sound but also found familiarity with what I was hearing. I am a big Satch fan so it was easy for me to dive into this but it had to be exceptional right out the gate without it subsiding. The energy level of every track is top-notch, it just comes at you in many different paces with different spaces being filled in the most superlative way.

One of my favorite tracks and a great example of Sammy’s talent is “Temple of Time.” He coaxes some amazing sounds out of his well-worn electric six-string. The track exudes a power that is simply electric with pinpoint accuracy. If you enjoy guitar-oriented instrumental rock you will be playing Kingdom of The Sun a lot, I can guarantee it. Check out the stream provided of the title track single and video of Sammy playing “Cloak of Light.”

Kingdom of The Sun is an instant classic as far as I am concerned and you need to hear it if you like to rock, it is as simple as that.