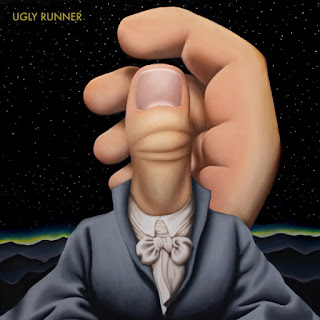 Ugly Runner is a 3-piece rock ‘n’ roll outfit from Asheville, North Carolina. As broad as the spectrum of rock ‘n’ roll itself, so are the influences of Ugly Runner, which range from California Punk to British Rhythm & Blues. Aiming to create timeless rock 'n' roll that dances on the edge of psychedelia, and invokes nostalgia from the first listen, the band entered the studio in May 2019 to record their debut EP, “Romanticizer,” at Sedgwick Studios in Flat Rock, NC. Working with engineer, Peter Brownlee, they tracked the 6-song EP and spent the remainder of the summer playing shows and preparing for the release of their debut EP. Ugly Runner's “Romanticizer” will be released on Cleopatra Records on January 2nd.

Says the band, “'Romanticizer' is an EP we wanted to put out as a rock ’n’ roll showcase. It’s not a concept album in a lyrical sense, but it is a representation of personal growth, addiction, relationships, and the hope for societal awareness all around us. The concept: let’s put out rock ‘n’ roll music that flirts with various sub-genres while harnessing a fresh aesthetic, a unique delivery, and striving for distinction between tracks.”

Ugly Runner music evokes sounds of The Stooges, Ty Segall & The Pixies on their debut EP!

Says Brett, “'Romanticizer' was mostly written in the winter of 2019 before Ugly Runner was formed. Stephen had written a collection of songs, and we picked the songs we thought best represented Ugly Runner. The entire EP was tracked over 3 days at Sedgwick Studios in Flat Rock, North Carolina. Peter Brownlee was brought on to engineer the project, and then we spent the next few months at Peter’s home studio mixing and finally mastering the record. Drums, guitar and bass were tracked live, with overdubbing on guitar, vocals, and some additional keys/percussion. It was an exhaustive, creative process but well worth it, and we can’t wait to begin tracking our full-length LP.” 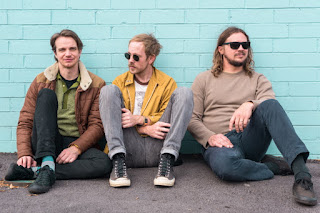 Says Stephen, “We are best friends who have been playing music together since 2016. I love writing songs, and Brett loves playing songs. It just worked out that way. There’s definitely a synergy in our collaborative process and we effortlessly complement one another. Brett’s parts are always played with the song in mind, and no matter what I write, I know Brett will make it objectively better with his bass parts. Brett listens to way more music, and he’s who I trust to say if something is cool or not quite there.”

Ugly Runner is looking forward to touring to promote their new release and recording the next album!