Leader Of Down Feat. Final Recordings From Motörhead Guitarist Würzel To Release "Cascade Into Chaos" 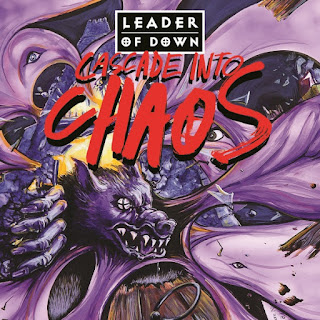 Los Angeles - The brainchild of Grammy nominated former Motörhead guitarist Würzel and bass player Tim Atkinson who after forming the band Leader of Down in 2008 busied themselves in a London rehearsal studio writing dozens of tracks in preparation for recording an album. They then recruited drummer, Steve Clarke (Ex Fastway) to join the ranks and continue preparing for the debut album “Cascade Into Chaos” (scheduled for release on Cleopatra Records September 2018).

The name Leader of Down came from Würzel mishearing the lyrics to the Status Quo track “Down, Down”. Würzel found this extremely funny as he had been singing the wrong words “Down Down, Leader of Down” for over 30 years.

“Cascade into Chaos” is named after a phrase that Würzel and Tim liked during the initial songwriting sessions, it seemed a very obvious choice and was the only title that the two of them ever really discussed.

The band started recording the initial tracks for the album which included a reworking of Würzel’s solo release from the 80's “People Say I'm Crazy”. These initial sessions also included a track that was always intended for Lemmy to sing on, as Würzel said “We think it would suit him”. This track eventually became “Paradise Turned Into Dust” with Lemmy finishing his recording at Paramount Studios in Los Angeles in 2015 shortly before his own passing, at a very emotional session with Tim Atkinson and Steve Clarke. Unmistakably Lemmy Kilmister with his unique voice on “Laugh At The Devil”.

Although there are several guest vocalists on the album such as Whitfield Crane, the line up of Leader of Down is completed by vocalist Matt Baker and guitarist Alex Ward who have slipped seamlessly into the line up.

After Würzel's tragic death in 2011 the band continued to finish the album and enlisted the help of some friends to honour the great man. With guest appearances from Lemmy, Phil Campbell (who joined Motörhead on the same day as Würzel in 1984), Fast Eddie Clarke who has also sadly passed away beginning of 2018, Whitfield Crane from Ugly Kid Joe, Lee Richards (Ex Godsmack), Bruce Foxton from The Jam, and Cliff Evans from Tank.

Says Tim Atkinson, “It is a very bittersweet feeling now that the album is being released. It feels very strange without Würzel being here, and I know he would be thrilled with the final result. It was a real pleasure writing with Würzel, as we instinctively knew what both of us were thinking when we put our ideas forward. We always wanted Lemmy to sing on 'Paradise turned into Dust', and it was a very emotional session in Los Angeles when Lemmy completed the track and I just wish that Würz had been there to see it. It was amazing that so many friends helped us to finish the album with guest appearances and I can only thank them from the bottom of my heart. To hear Phil playing with Würzel again was absolutely fantastic”.

The album is of course a tribute to Würzel and the other fallen Motörhead heroes but it is also just the beginning for Leader of Down who after a successful appearance at Hard Rock Hell are embarking on a tour with Phil Campbell and the Bastard Sons in November 2018, and will be very busy next year with live shows already planned. Leader of Down have signed a worldwide deal with Los Angeles based label Cleopatra Records.

As Lemmy once shouted from the stage at Hammersmith Odeon, shortly after Würzel and Phil Campbell joined, “Well, are we back?” We can safely say that Würzel is back, we just wish that he was with us for the ride. 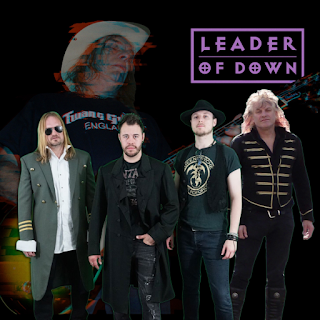