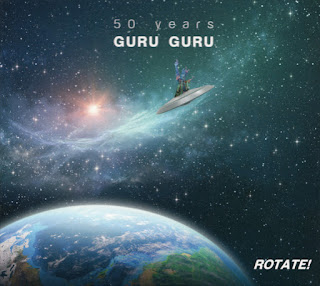 Dudenhofen, Germany - If you hadn't believed possible that Mani Neumeier and his Guru Guru still rank among Germany's most active and prolific rock bands, well, then you'd be proven wrong!

Founded in 1968, the year of the student's revolt in Germany, Guru Guru has reached their 50th anniversary and still maintains their innovative spirit. Where many a musician made it big as a one-hit-wonder just to fade into oblivion soon after, Guru Guru carved their way outside the mainstream and short lived trends by blending experimental rock, avant-garde, jazz and world music into an unique, original form of rock 'n' roll.

No one will deny that there were ups and downs, but nowadays, Mani (Drums/Percussion/Vocals) shares the stage with two long-standing companions. Roland Schaeffler (Guitar/Saxophone/Vocals) and Peter Kuhmstedt (Bass/Vocals) have been with Guru Guru for more than 40 years. The passing of Hans Reffert, aged 69 (Feb. 21, 2016), was a severe blow, but with newly recruited guitar player Jan Lindqvist they overcame this tragedy and proved that they are not in the least tired of creating music. Those four “Krautrockers” are living legends and next to the Rolling Stones among the longest-serving rock bands on this planet. Mani and Mick are in fact standing next to each other in the Tokyo House of Wax! Mani Neumeier and his Gurus are the epitome of a band that defies musical trends and fads and transcends limitations and genres even on their newest CD called “Rotate!”

After more than 40 releases (LP, CD & DVD), Guru Guru demonstrates that the “overhauled Flagship of German rock” - as they have been called by the German magazine Musikexpress - have not lost their ability to entrance and provide an extraordinary spectacle. Songs like “Ooga Booga Special” span the decades, from the early days of “Magic Tree” to their latest studio album “Rotate!” which has been released to celebrate the band's 50th anniversary in 2018. Never to be missed of course is the immortal “Elektroluch”: The underground hit that has written “Krautrock” history and is, to this day, an intregal part in the band's live performance.

Whoever thought that Guru Guru would slow down or that Mani would retire to a quiet life in the countryside couldn't be more wrong. After 50 years they continue to go their own way because they've always been - and still are unique! 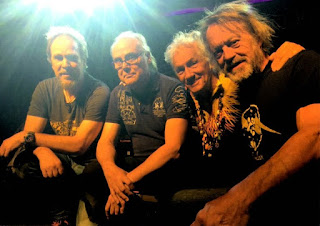