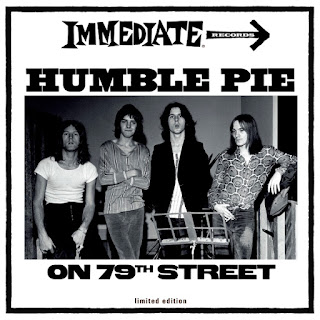 With Record Store Day fast approaching, you won’t find this special compilation LP by one of the UK’s most iconic bands in any store on April 21st. Except one. “Humble Pie On 79th Street” will only be available from Pie & Vinyl.

Obvious? Or are we bucking the trend of Record Store Day in the manner that Andrew Loog Oldham, legendary founder of Immediate Records and Rolling Stones manager might have done? Or does this oneoff LP celebrate the spirit of RSD more than any other release?

Inspired by the beautiful pied-piperess Katherine who led us all to Pie & Vinyl and discoveries that linked her vibrant, musical town of Portsmouth & Southsea, an amazing record store and the timeless sounds of Humble Pie to dramatic events in Southsea over 40 years ago that culminated in a truly local effort to press the LP in Portsmouth and have it on sale in Southsea for Saturday April 21.

Says Immediate Records reissue producer Rob Caiger: “Wouldn’t it be great if by doing all of this, a new fan on Record Store Day discovers Humble Pie - in Pie & Vinyl - and feels the same excitement hearing ‘Natural Born Bugie’ as I did in my own local record shop Downtown Records many years ago. There’s no better place to hear new sounds (however old…) then in a record shop - and that’s just one reason why we should celebrate Record Store Day.”

One of the first supergroups, Humble Pie formed in 1969 and soon became one of the best-loved, hardest-rocking live acts of the 1970s. In Steve Marriott, the one-time Small Faces frontman, Pie had the best showman and biggest voice in the business. Peter Frampton, ‘Face Of ‘68’ with The Herd, had a new role - guitar hero. And with hard-hitting drummer Jerry Shirley and ex-Spooky Tooth bassist Greg Ridley, Humble Pie quickly developed into a sophisticated studio unit where tough riffs, rustic rock and bursts of blissed-out late psychedelia earned the band instant chart success and critical acclaim.

Supervised by Peter Frampton & Jerry Shirley, all songs have been newly remastered by Nick Robbins at Soundmastering and cut halfspeed by Matt Colton at Alchemy Studios. ‘79th Street Blues’ (take 7) was recorded at Olympic Studios on 3 January 1970 and mixed by Rob Keyloch at Church Walk Studios exclusively for this LP and will not appear anywhere else.

Strictly limited to 1,000 LPs pressed in Portsmouth at Vinyl Presents. On sale in Southsea on Record Store Day at Pie & Vinyl and worldwide from April 22 for one week via www.pieandvinyl.co.uk. Any remaining LPs after this period will be sold worldwide via www.immediate-records.com 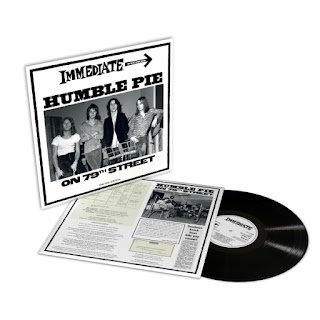