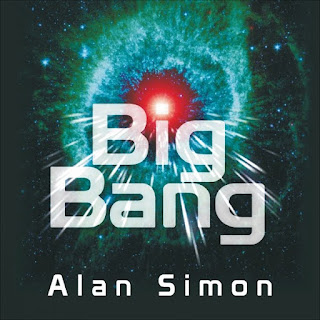 In collaboration with NASA and its amazing sound bank from the universe, the French composer and creator of Excalibur: The Celtic Rock Opera, Alan Simon, now offers an original album of 14 great elegant tracks: “BIG BANG”.

120 musicians participated in this musical odyssey that invites the listener back to the origins of the universe and to the destiny of planet Earth. On average, 200 active tracks per title were required for its production by Alan Simon & Marco Canepa. Folk, rock, jazz and world musicians contributed to this effort.

Among the exceptional guests: The legendary SUPERTRAMP saxophonist John Helliwell provides all the solos, the singer of the legendary Canadian group SAGA Michael Sadler for the single “Fools”, the famous Celtic harpist singer ALAN STIVELL on the title “Solarius” and finally the Golden voice of Labyrinth: Roberto Tiranti.

Moreover the album “BIG BANG” is now the soundtrack of the city of space in Toulouse (in France). An event concert is being planned for 2019 in this theme park of the universe. Meanwhile, the album is now available worldwide via Cherry Red Records.

The CD is embellished with a booklet including original photos supplied by NASA and quotes from the visionary explorers of the universe.

Big Bang is an exceptional musical experience to be shared!