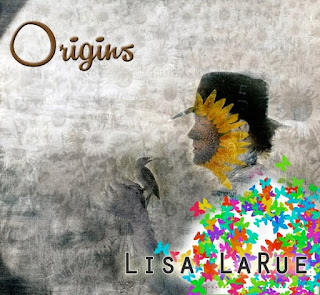 Says Lisa, “The title takes it back to where it all started. Finishing a career, where one started. The photo on the back of the CD was taken on Burnett's Mound, an infamous site in Topeka, Kansas where I grew up, and where the photo of 'Kansas' was taken on the back of their first album. They were very influential and inspirational to me as a young keyboardist/musician growing up in Topeka. The Sunflower on the front represents my origins in Topeka, as well.”

Lisa LaRue became the first female artist signed to the Sound of America Records label (SOAR) a sub label of Natural Visions, the first all-Native American record label founded by Grammy Winner and Motown producer Tom Bee. In 2008 Lisa was nominated for a Hollywood Music Award and was also awarded The Oklahoma Music Award for “Native American Artist of the Year.” Her band 2KX was Nominated as Instrumental Band of the Year in 2011 by the Los Angeles Music Awards.

The songs on “Origins” were written and recorded over 25 years. Some in a small recording studio in Tahlequah, OK over a year's time with John “Yakfe” Timothy, and some in Los Angeles working extensively with John Payne as a co-producer, mixing engineer, bassist and vocalist. Also certain songs were known as some of the first prog projects done via internet transfer, and finalizes with “Sussuration” and “Lemniscate,” completely produced and mixed by LaRue.

“Lisa has a unique perspective to her music. Her Prog rock style is highly influenced by her Native American roots. The listener is drawn in by the mystical and avant-garde approach. From my point of view it has always been a pleasure and great experience working on her music.” - John Payne

“A very atmospheric composition, with a lovely tranquil finale. I hear a lot of my father's influence in it, a beautiful arrangement.” - Aaron Emerson (son of Keith Emerson) regarding the song “Aspiration”

“Some incredible music with 2K9 and 2KX. 2K9 was the beginning….getting to know each other musically, hoping that what you submitted met the criterion, listening to each other's output and certainly not wanting to overplay. In my opinion though, this process came to fruition with 2KX's 'Fast & Blue': an accord harmonically, rhythmically, and melodically. I would call a musical synchronicity. Plus I had a joyous yet challenging time contributing!” -  Steve Adams, guitarist for Lisa LaRue Project 2K9 and for 2KX

In conjunction with the release of “Origins,” Lisa would like to focus on licensing for soundtracks, television, etc., and being a guest orchestrator on other artist's projects. In closing she has this to impart, “This album brings together all of the messages of all of my albums. Heritage and culture, bringing people together from around the world, giving each other creative outlets, and finding your spirit means you've made peace with the world and yourself.” 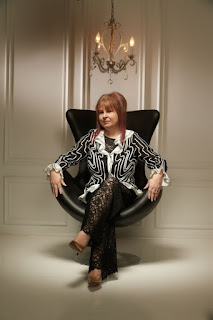