Southside Johnny and The Asbury Jukes In Concert At The Colonial Theater
Pittsfield, Massachusetts
August 17, 2017 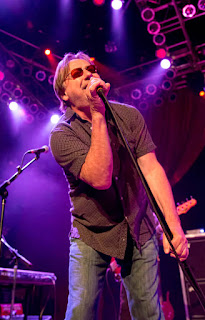 I have one word for the concert I saw last night, FANTASTIC! Southside Johnny & The Asbury Jukes worked up the capacity crowd at the Colonial Theater in the Berkshires to a dancing frenzy. Part of my process of observation is watching the reaction of the crowd or certain interesting individuals at concerts. In this case, entire sections of people were standing up and dancing last night. I have been to many concerts at this gorgeous venue and have never witnessed that. It was a lot of fun. 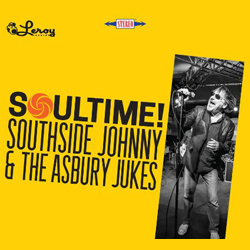 I remember this band from back in the 70s and I know they never made it big like the acts they influenced, namely Bruce Springsteen and Bon Jovi. They decided to stick to their guns and not cooperate with record labels and slick executives in suits. Just before the end of the show I stepped out to the merch table to buy their new release on vinyl, which is their first recording in 5 years. I spoke to the gent behind the table who happened to be Johnny’s life time friend. He told me Johnny never wanted to sell out and please the labels so they carried on and made the music they loved. So here we are still listening to his music and enjoying their shows.

The show started right on time and they played for a solid 2.5 hours and a lot of time segued right into the next song. The energy Johnny has is amazing for someone nearly 70 years old. He is an inspiration and a joy to watch. Usually when the music comes on the sound system the concert is over, well this was a false alarm. I think Johnny was inspired by the love and energy he was getting in return from the audience as he played another 4 songs for an encore!

The music of Southside Johnny and his Asbury Jukes is a combination of rock, blues and soul. His vocal style is perfect for the music. He has a rough whiskey edge the puts a certain emphasis on the words for each song.

A bonus to the band’s full sound is the amazing horn section. There is trumpet, trombone and saxophone. All three get a chance to strut their stuff separately at the front of the stage and together as well. Johnny would step to either side of the stage and grab a mic to finish out a song and let his boys cut lose.

Special nods go to the guitar player Glenn Alexander and the keyboard man Jeff Kazee, who has an amazing voice. When he would sing solo or with Johnny it was a treat for everyone’s ears. The band also did a really good job with some cover tunes like the Stone’s “Time Waits For No One.” This the true test of a great band. To take another band’s classic songs and make it their own while it remains very recognizable to your audience, that is something special. That is real talent and resilient musicianship. Speaking of musicianship, Johnny can play that harmonica! At times, it sounded like a locomotive flying down the tracks. He was just so focused and in a groove. The man has the blues in his soul and that is a fact!

I must not forget all the entertainment value that was on display. Johnny can tell a story and he is very humorous. Keeping it light is right in line with all the upbeat and energetic music they present. All around it was a great night for everyone. For me, The Colonial is my destination to go hear all the great bands I know and remember. They have consistently presented great shows ever since the venue reopened after the renovation. I do not see any end to that thank the Lord!