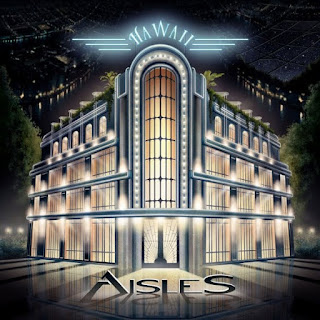 Chile - Aisles, the acclaimed South American prog rock sextet, will tour the United States for the first time in their career to play five dates, including the festivals Progstock in Rahway, New Jersey, and Progtoberfest, in Chicago, Illinois.

Aisles will be performing part of their latest record, “Hawaii,” a two-disc concept album about human colonies established in space after the destruction of the Earth. Its twelve tracks explore the dilemmas and challenges that the individual and the human spirit would face in this futuristic scenario. Regarding the theme and sound of the album, guitarist and producer Germán Vergara states: “Without a doubt it's our most profound work so far. With 'Hawaii' we dug deep in search of a concept that could really move us. Our objective was to write music that would emotionally and mentally take us to the place where the events in the album occur: Space.”

“All the music on the album was written with our hearts and minds set on the idea of these human colonies, a small group of people who are able to preserve some of the heritage of mankind after the Earth is destroyed. Musically speaking we had never taken so many risks, tried so many different approaches and allowed ourselves this level of freedom to improvise and experiment. I am really proud of what we’ve achieved this time,” Vergara adds. “Hawaii” has been acclaimed by specialized media like Prog magazine, Neoprog and All About the Rock.

“ 'Hawaii' is a work of genius. A mind expanding experience” - All About the Rock

“A joyous expression of individuality. One of the year's highlights” - Prog

“Symphonious, mellifluous and happily nostalgic. One of the most far-reaching and rewarding progressive albums of the year” - Raw Ramp

Aisles will tour in the United States after playing five shows in Mexico. These are the dates:

With four studio albums and a career spanning twelve years, Aisles have become South America's most acclaimed prog act of the last decade. Their daring combination of rock, fusion, jazz and world music illustrates the band’s uniquely liberal and eclectic approach. The group has played in South America and Europe, and their albums have been published in Europe, the Americas, and Japan.

In 2009, their second album, “In Sudden Walks”, was nominated for Best Foreign Record in the Italian Prog Awards and the group was invited to open the 11th Progressive Rock Festival Crescendo in France. Their third album, “4:45 AM” (2013) was widely acclaimed worldwide and was chosen among the best albums of that year in a number of specialized publications. “Hawaii” (July, 2016), their fourth studio album was called a “masterpiece” and named one of the albums of the year by media outlets such as Prog (England), Neoprog (France), Raw Ramp (England) and Chile's premiere rock magazine, Rockaxis. 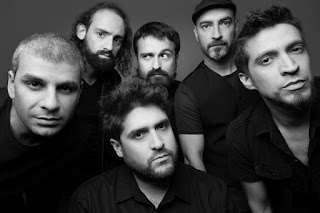