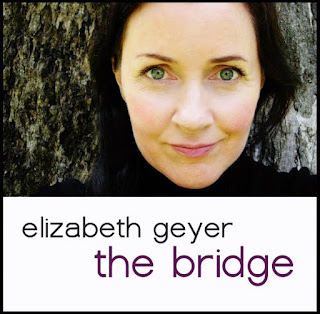 An endorsement like that from the man who signed Nora Jones, Willie Nelson and Wynton Marsalis is something to make one sit up and take notice. The late great Lundvall even featured Elizabeth's music on his Sirius Radio XM Bluenote hour in 2013. Unusual for an unsigned artist!

But it's a long journey from her days as a freelance trumpet player to her fourth and long awaited new album THE BRIDGE. Elizabeth remembers a life changing moment, walking home from a jazz big band rehearsal one sunny morning years ago. “I suddenly realized I couldn't do it anymore, as grateful as I was, I had to find my own voice.” Find her voice she did: Three albums later having swapped trumpet for flugelhorn, piano and songwriting, Elizabeth had a small but growing audience and some fans in high places.

David Hoffman, long term arranger and trumpet player for Ray Charles says, “Elizabeth Geyer's music is heartfelt, soulful and beautiful. She's equally proficient on piano and flugelhorn, both of which she utilizes to enhance her deep clear voice. As a singer/songwriter she's equal to the best. Her music is as honest as it gets!”

Which brings us to THE BRIDGE, a brand new collection of 13 songs and Elizabeth's bravest most personal album to date. She explains how the album came about – and another life changing moment. “I had waited seven years for the right opportunity to record again. It had to feel right. A CD had arrived in the post, IN THE LAND WHERE I COME FROM by Paul Adams. Late one night a few seconds into my first listen, I just knew. Everything about it was weird, wonderful, humble, charming and timeless. All I had to do was contact and convince Paul.” Paul was convinced – Elizabeth flew from Australia to Illinois and the rest is history.

But back to Lundvall, as Bruce was a part of the magic of THE BRIDGE. Paul explains “I had seen Bruce on ABC's 20/20 program expressing regret in not signing the late Eva Cassidy. Somehow I found an email address for him and wrote about Elizabeth's music and how Eva inspired her. To my amazement Bruce got that email and phoned the next day wanting one of her albums. A week later he phoned again wanting every album she ever made. He was a champion – determined to get her signed, phoning often sometimes just to say he was still listening. We planned to meet but had to postpone due to recording commitments before Elizabeth's flight back to Australia. Unfortunately Bruce was battling Parkinson's disease. Sadly the album was not quite finished when his health deteriorated rapidly. We could only send him cards as he moved into assisted care.

Each of the 13 songs (Twelve by Elizabeth and one guitar piece by Paul Adams) on THE BRIDGE are as personal, comforting and embracing as a true friend. Paul states, “THE BRIDGE is like a classic novel. One is pulled to the depth of the human condition, and each listen delivers a new and wondrous take on the world within. It's a magical story that continues to reveal itself listen after listen.”

And last but not least is Elizabeth collaborator here, the award winning instrumentalist Adams. Never one to shy away from using exotic instruments he builds – sitar, slide guitar and Native Flute to name a few – in non-traditional ways (Check out his acclaimed new album IMAGININGS which also features Elizabeth on piano, Indias Pravin Godkhindi on Bansuri and David Hoffman on Flugelhorn). Paul draws upon his vast array of talents perfectly to compliment, frame yet never overwhelm Elizabeth's songs.

The result is a special collection delivered with the utmost level of love, beauty and care. And it's been well worth the wait!