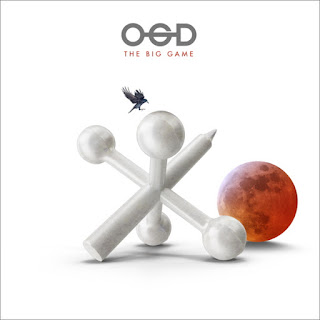 The video was produced by Doug Hatley inspired by the album artwork from legendary artist Hugh Syme. Watch the video for “Young Love” here:


Hailing from the ashes of Outland, Olivero and DeRanieri joined forces with Gavin to form OGD creating modern day rock with shades of Rush, Kiss, and even Clutch. “The Big Game” features 10 original compositions co-written by Olivero, Gavin, DeRanieri. The album was mixed by Michael Cozzi who’s worked his sonic magic on releases from Phil Keaggy, Tony Levin, Deep Energy Orchestra, and Security Project, his band with Jerry, Trey Gunn and Happy Rhodes. The album was mastered by world-class mastering engineer Chris Athens with the vinyl cut by Chris Muth.

Get ready to join the game when the album drops on August 25 with a full vinyl package set to release later in the year.

“I was so impressed by the prog-level energy and complexity and how it coexists wonderfully with the accessible and ‘radio-friendly’ aspects of the song structure. ‘The Big Game’... some really big music ... great playing, arrangements, and lead vocal .... and a world class sound overall! And no wonder — with the masterful production by maestro Jerry Marotta and his team!” - Hugh Syme

Says Derek, “Writing music for me is about a feeling or mood brought on by past or current life events. It could be from a memory, walking away from something or someone, a deserted highway, experiencing unknown, going into the wild, the universe and what is out there or a scene from a movie. Something that sticks out and strikes a chord in me. I'm always exploring and wondering where does the path lead. Most of the songs were written based on life experiences. The meaning is left up to the listeners interpretation. Always searching, The Journey continues with our first studio Album ‘The Big Game’ recorded at Dreamland studios NY. Produced by the legendary Jerry Marotta.”

Says Dave, “I’m thrilled with the OGD album. It was amazing to work with Jerry Marotta who I listened to and admired for so many years. We all did our best to do justice to these songs. I love albums you want to hear without skipping a song. I think we achieved that with ‘The Big Game.’ The album artwork is beautiful. The cover draws you in, and the images inside reflect each song. Hugh Syme did stellar work and that is yet another thrill, as I’ve been admiring his work on all my Rush album covers for years. Now he’s done our album!”

Says Bobby, “We all have added our mark on the music and it shows drive, passion, creativity and anything to anyone with an ear to listen too. There is something for everyone to enjoy and get down with the momentum and drive of OGD.”

The thing that always gets to me when I’m listening to music is sincerity. Neil Young has it. Bruce Springsteen has it. Otis Redding. Steely Dan, Aretha Franklin. Sinatra. The Band. The Beatles. You get it. As time goes by I find it harder and harder to buy into what music is selling these days. It’s fake, manufactured, constructed etc … When Derek Olivero, Bobby Gavin and Dave De Ranieri contacted me looking for a space upstate to set up and jam I sold them on Dreamland Studios which I’ve been running for about 12 years. Large Church built in the late 1800’s. Big sound. Big acoustics. I greet them at the Church entrance and say hi. Okay … he’s gotta be from Brooklyn. This ones gotta be from the Bronx and the 3rd guy sounds either Queens or Brooklyn. They set themselves up. Bobby Gavins drums sound like cannons! Derek’s guitar is screaming at me. Slapping me in the face. Daring me to utter a single sound. Dave Da Ranieri's Bass is enabling me to forego my next colonoscopy. Okay, these guys know how their instruments are supposed to sound. Check. I’m all ears now. They start rocking it. I hear lyrics like ‘Innocence Ran’ next up ‘The Word’ The freaking Word!!! How brazen is that! Does Derek Olivero actually think he knows what ‘The Word’ is? That’s badass if you ask me. Then ‘Setting Sun’ ‘Out In The West’ ‘Scary Night’ ‘Unknown’ and finally … ‘Young Love’ I get my engineer to start rolling tape. Let’s record some of this stuff and listen back later to see if I wasn’t imagining what I’d heard. In the end I told them they had to let me make the record for them and we had to record it at Dreamland with a few guitar overdubs done at Jersville Studios. My studio in my house.

I love the record we made. I love these maniacs. We are now lifelong friends and the record is finally about to hit the airwaves. ‘The Big Game’  watch for the videos. Seek out the music. I mean what I say … 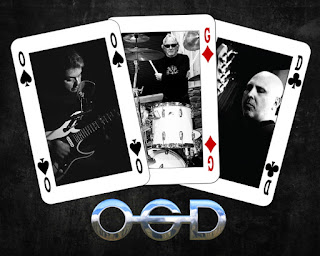