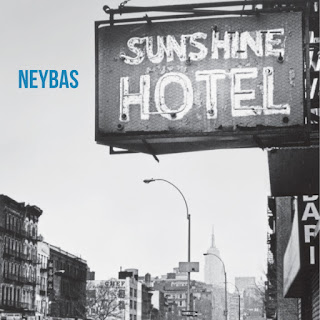 Connecticut rock band The Neybas (pronounced “nay-bahz”), a cult favorite in the northeast United States for decades, has just released their fifth album, “Sunshine Hotel.” The album’s collection of hook-laden songs spans multiple genres - from traditional and punkafunkadelic rock, to ska and reggae, seasoned with a dash of Caribbean, New Orleans and jam grooves. The lyrics provide snapshots of the people who work, meet, love - and stay - at the Sunshine Hotel.

The Neybas’ music is organic, energetic, and danceable, with good-vibes and echoes of the late 60s and early 70s. They have won multiple readers’ polls including “Best Original Music,” and “Best Live Performance,” among others. Over the years, the Neybas have played live with the Georgia Satellites, Joan Osborne, Great White, Felix Cavaliere of The Rascals, Ratt, Everything, Poison, Universal Honey, and Rick Derringer, to name a few.

During the pandemic, guitarist/singer/songwriter Russ Waesche wanted to hear new music that hearkened back to the good vibes of the hooky, upbeat rock and roll coming from radios in the early 70s. He wasn’t hearing any that fit that description, so decided to write his own.

The origins of the concept for “Sunshine Hotel” trace back to 2019, as the band was working on their previous album, “Flow.” Russ Waesche was looking for album cover images and came across a photo taken by a friend of the Sunshine Hotel, a flophouse in the Bowery section of NYC. While the photo wouldn’t work for “Flow’s” water theme, it gave Waesche the idea of a follow-up album that would have bright, upbeat grooves and themes. Two years of pandemic darkness later, it seemed increasingly timely.

Waesche and Richard Serviss, the photographer of the album’s cover photo, had bonded years earlier over Beat authors and poets, 1970’s NYC punk culture, photography, and a shared love of Lou Reed, among other things. One of the first songs penned for the album, the lead-off track “At the Sunshine Hotel,” gives a nod to Lou Reed by naming the characters Jack and Jane (remember Sweet Jane?).

During the lockdown, Waesche and fellow singer/guitarist Toad Eckert were both sidelined by injuries which made it too painful and difficult for either to play guitar. Waesche, who lost significant use of his right hand, found that not having a guitar in hand made writing songs nearly impossible. After a full year of medical adventure and physical therapy, the use of Waesche’s hand came back, and so did the songs. Eckert also recovered, and the band began playing again.

Starting in June 2021, Waesche demoed songs for producer John Bolduc, who liked what he heard, and the work began on honing and arranging the songs.  Recording commenced at Bolduc’s Massiphonic Studios in Connecticut at the beginning of 2022, after being postponed by the death of Waesche’s father, followed by a COVID variant surge in which multiple band members had to quarantine. The band recorded all the tracks between January and March, with guest percussionist Alex Giosa, (currently one of the drummers for the Broadway version of “Hamilton”) adding the final touches during the first week of April 2022.

The band is currently storyboarding videos for select songs from “Sunshine Hotel,” and playing select gigs in the northeast. 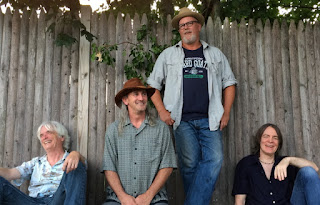