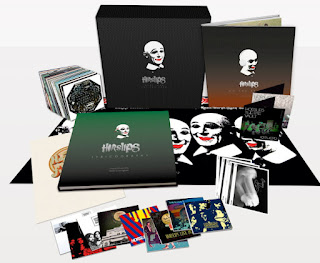 Horslips, the founding fathers of Celtic Rock, are delighted to announce that, while rumors of their demise as a performing entity have sadly not been exaggerated, they are releasing, in July 2022, through the good auspices of Madfish Music, “More Than You Can Chew” – a stunning 35-disc box set overflowing with music, film and printed matter encapsulating their entire career.

The standard set comprises:
• 33 CDs containing 506 audio tracks – 252 of which (16 hours) are previously unreleased
• 2 DVDs containing 59 video tracks (and two documentaries) – of which 42 (4½ hours) are previously unreleased
• 2 books – On The Record (a lavish new history of Horslips) and Lyricography (have a guess)
• 5 vintage 8 x 10 photos each signed individually by all five members
• 1 folder of fan club facsimiles from the 70s
• 1 poster

Watch the trailer for “More Than You Can Chew” here: (https://youtu.be/kxtOM_192es)

The set has been curated by Bert Jansch/John McLaughlin biographer (and longstanding Horslips fan) Colin Harper in close collaboration with the band members. The audio, including most of the film audio, has been restored and (re)mastered by IFTA award-winning engineer Cormac O’Kane. Herculean Horslips biographer Mark Cunningham has written the books, with fresh input from the band, and, wearing his day-job designer hat, has lovingly designed the set under the oversight of Horslips’ de facto art director Charles O’Connor. In addition to the previously unreleased content, “More Than You Can Chew” includes two albums new to any digital medium: “Tryal” (1983) by the Host (a post-Horslips band featuring Eamon, Johnny and Charles) and “Breaking Star Codes” (1983) by Barry Devlin. 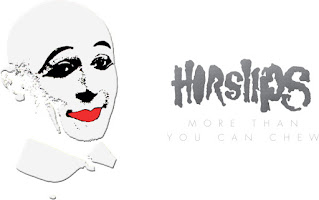 Additionally, the Horslips will be releasing the first digital single from the box set “Sure The Boy Was Green” (Live 1980 ‘Belfast Gigs’ Outtake), check out the video here (https://www.youtube.com/watch?v=FJYRu9wmg-k).

This performance was recorded during a run of three nights at Belfast’s Whitla Hall towards the final Horslips album of their 1972-80 tenure, “The Belfast Gigs.” It was mixed for possible inclusion on the album at the time and stored on a reel of tape but didn’t make the cut. With the multi-tracks for the three gigs now lost, this is the only professionally recorded outtake extant from those legendary gigs - Horslips going out with a bang. 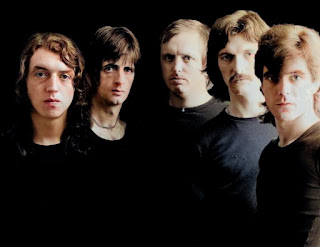 50 Years of Horslips in a Paragraph:
On St Patrick’s Day 1972, Horslips released their debut 45, “Johnny’s Wedding” – in a single bound, inventing Celtic rock – with a press launch at Captain America, a Dublin diner. Over the next eight years they toured the world, recorded 12 albums and collapsed in a heap with a last hurrah at Belfast’s Ulster Hall in October 1980. After lying in darkened rooms for a week or two, the five members – Eamon Carr, Barry Devlin, Johnny Fean, Jim Lockhart and Charles O’Connor – got on with their lives, enjoying many adventures in the worlds of music, media, U2-mentoring and bric-a-brac retailing in the Whitby area. In 2004, the Fab Five found themselves onstage in Derry with a bijou skiffle set at a fan-curated memorabilia exhibition. The love in the room was overwhelming. Over the next five years, Horslips recorded a reunion album and made a handful of Irish TV and radio appearances until, in 2009, they ran out of excuses and opened the doors to the general public with sensational arena concerts in Belfast and Dublin. Twenty-nine years – the longest tea-break in history – gave way to a ten-year victory lap, untaken at a leisurely pace with huge smiles and glad-handing all round. The Indian summer concluded by stealth at the end of 2019 – retrospectively announced in October 2021 – the legendary beast gently felled, like much else, by lockdown. Fans were glum yet grateful for a comeback that had outlasted the career proper. Like the Spanish Inquisition, no one in the fan community was expecting a box set the size of a tombstone, or a tombstone the size of this box set. Fans can now be even more grateful – if considerably poorer.