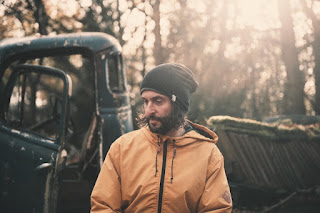 Having announced his new album “Departure Tapes” and released the first single “Departure Tape”, UK based Italian composer, multi-instrumentalist and visual artist Giancarlo Erra has revealed his next single and video, the moving and poignantly titled “A Blues For My Father”.

Giancarlo explains the song’s touching significance, “After my father’s passing, the mourning brought back the curiosity to go re-look at all the material I wrote during the previous months and I realized I had an album that made a lot of sense. It was dark, experimental for me, confusing but also a discovery, it was a mirror in music of what I was going through. Something was missing, ‘A Blues For My Father” the only track that I wrote once back home, and the mournful yet peaceful closure”. 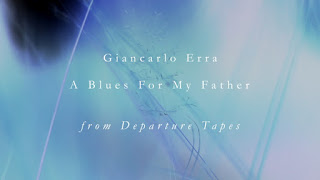 WATCH THE VIDEO FOR “A BLUES FOR MY FATHER” HERE

The deeply personal video he recalls came about after a visit to his father in hospital, “on this particular visit he seemed unusually happy and excited to show me a DVD”, he recalls. “The footage was from the 1950’s and of his family and childhood, sadly his memory was failing at this point but once we started watching these moments came back to him, the people and the places, he was laughing and genuinely happy. I love this footage as it shows my father with his siblings and is the perfect mirror for the peaceful and warm meaning of this closure, a closure to an album and to many other things.”

The new studio album “Departure Tapes”, the follow up to 2019’s “Ends I-VII”, consists of 6 contemplative recordings, written while travelling between the UK and Italy and reflect the extremely difficult year Giancarlo experienced due to the death of his estranged father. Erra comments, “In 2019 my first solo album was just being released, and I already had the view that I wanted to be more experimental with the second one, but no precise idea how at that point. Then my father suddenly got ill with cancer, and everything changed. I found myself taking care of this man, someone who I have been distanced from for so long. During this time both of us came to terms with many things. I wanted to get closure, but a positive one, for him and for me. Creativity it was an interesting period for me – writing this album without realizing I was actually writing it, as it is so intrinsically linked to one of the hardest and yet more healing parts of my life. The end result is the most experimental, and at the times, the darkest material I have ever written, without compromise or set plan. It contains all the elements of my music in a very unconscious free flowing way.”

“Departure Tapes” sees Erra play and record every instrument himself along with taking on full production responsibilities at his own studio (https://widescreen.studio).

Max Richter, Olafur Arnalds, Nils Frahm and the more electronic/ambient recordings of Brian Eno may offer a reference point by which to enter Erra’s world, but the depth within his recordings is truly original. 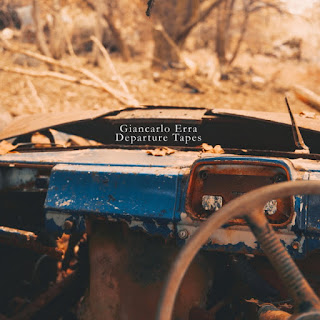