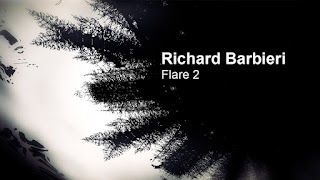 Richard Barbieri has shared a new visual for “Flare 2” to mark the release of his new solo album UNDER A SPELL through Kscope. Boasting a groundbreaking career that began in the late 70s with synth-pop visionaries Japan and more recently as a member of influential art-rock band Porcupine Tree, UNDER A SPELL is the first full length solo record from Richard Barbieri since 2017’s Planets + Persona.

Taking place over a period of nine minutes, “Flare 2” is a sprawling and evolving soundscape of synths, trumpets and intriguing classical instrumentation. Indicative of the bold and progressive composition and production of Richard’s work on UNDER A SPELL, “Flare 2” now has an equally enthralling visualiser courtesy of animator Matthew Entecott. 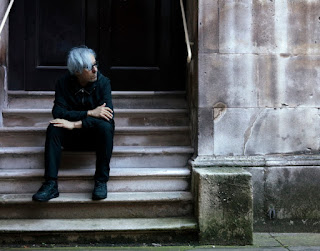 Released today, UNDER A SPELL was originally intended as Barbieri’s fourth solo album and a direct follow up to its predecessor, 2016’s Planets + Persona. That record, made in different studios across Europe and heavily incorporating live performances from a range of musicians, was adventurous and bold, showcasing Barbieri’s endlessly inventive song writing and mastery of electronic music. The follow-up would pick up where it left off, journeying further into the expansive terrain he mapped out on the previous record. And then the COVID-19 pandemic hit, and everything changed. “I wrote and recorded it in my studio at home, with all this strangeness going on outside,” says Barbieri of UNDER A SPELL. “It became something completely different: this weird, self-contained dream-state album.”

Barbieri's willingness to constantly redefine his own musical boundaries are never more evident than on the brilliant, hypnotic UNDER A SPELL – the latest milestone on this utterly unique journey.

Videos available from UNDER A SPELL:
“Flare 2” -

Praise for UNDER A SPELL:
“Its in Richard Barbieri’s solo work that a gift for painting with sound finds full fruition” – Uncut
“Atmospheric, jazz-inflected art-prog” - Classic Pop
“a crossover combination between Tangerine Dream’s Zeit and David Bowie’s Low.” – Echoes & Dust