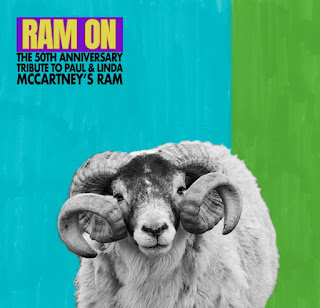 For the 50th anniversary of “Ram” by Paul & Linda McCartney, over 100 musicians have come together to celebrate this much-loved seminal album. With Sir Paul McCartney’s blessing, they have re-recorded all of the “Ram” songs to create “RAM ON: The 50th Anniversary Tribute to Paul & Linda McCartney’s RAM,” released on 14th May 2021 through Spirit of Unicorn Music (distributed by Cherry Red Records).

Hear a teaser of all tracks from “RAM ON” here:

It is a testament to the enduring love and affection for “Ram” that so many artists across three generations should want to be a part of this recreation of a classic album. The idea was born in 2020 from a discussion between producer/multi-instrumentalist Fernando Perdomo and Denny Seiwell, the original drummer with Paul McCartney & Wings, who performed on “Ram.” Original guitarist David Spinozza returns to reprise his parts on the album along with Marvin Stamm who played flugelhorn on “Uncle Albert/Admiral Halsey.” They are joined by their musical contemporaries Davey Johnstone (Elton John Band) and Will Lee (The Fab Faux).

“RAM ON” includes warm and sensitive re-recordings of all the original tracks on “Ram” plus two non-album tracks from the “Ram” sessions: McCartney’s first single after his departure from The Beatles, “Another Day,” was a huge global hit in 1971 and the single’s B-side “Oh Woman Oh Why,” is also included. The tribute closes with a reprise of the opening track “Too Many People (Slight Return).”

“RAM ON” is produced by Fernando Perdomo and Denny Seiwell.

“From early on I wanted this to not be a typical tribute record,” says Fernando Perdomo. “Every musician on this record loves ‘Ram’ with all their heart and I think it shows. This record was made with pure love.”

“RAM ON” is released in CD format on 14th May 2021 via Spirit of Unicorn Music. We’re also considering the release of a vinyl format later in the year, more details to follow.

You can pre-order the album here: https://geni.us/ramon50th

“Ram” was released 17th May 1971. McCartney was hurt by the negative reception from the press, but the album was a huge commercial success and much-loved by fans around the world. In retrospect, the critics heaped praise upon the album at the time of its re-release in 2012 and fans continue to love the album to this day. 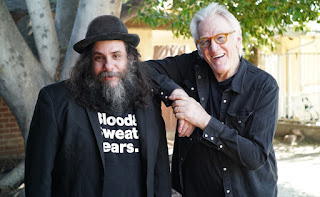 About Fernando Perdomo
A powerhouse of the LA music scene Fernando Perdomo has made a name for himself as an in-demand producer, singer/songwriter, and multi-instrumentalist. He is featured in the Netflix documentary “Echo In The Canyon” where he is seen backing up Brian Wilson, Norah Jones and Regina Spektor. He played on the official soundtrack album of the film along with Eric Clapton, Neil Young and Stephen Stills. Fernando owns and operates Reseda Ranch Studios in Los Angeles. He has produced hundreds of records and as a session guitarist and bassist, he has played with Emitt Rhodes, Todd Rundgren, Curved Air and many more.
https://www.fernandoperdomo.com/
Facebook – @Fernandoperdomomusic
Twitter - @fperdomo

About Denny Seiwell
Having played with New York’s jazz elite, Denny received an invitation from Paul McCartney to move to London and become a founding member of the post-Beatles phenomenon Wings. Denny toured with Wings and played on many of that era’s biggest hits, “My Love” and the Oscar nominated “Live And Let Die” along with McCartney’s “Ram,” “Wildlife” and “Red Rose Speedway” albums. Other highlights of Denny’s London years included work with Joe Cocker, Donovan, and The Who with the London Symphony Orchestra on their groundbreaking version of the Rock Opera “Tommy.” Denny’s signature drumming can be heard on records by Art Garfunkel, James Brown, Astrud Gilberto, Deniece Williams, Janis Joplin’s posthumous “Farewell Song” album and Billy Joel’s “Cold Spring Harbor.”
https://dennyseiwell.com/
Facebook - @denny.seiwell
Twitter - @dennystrio