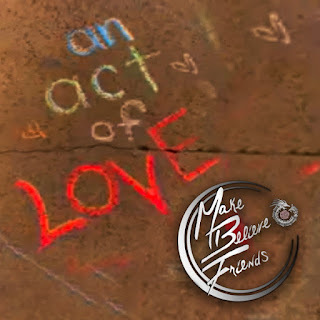 Make Believe Friends will be releasing their new single “Act of Love” on May 22, 2020. Mindy Milburn (lead singer) & Laura Espinoza (guitarist/songwriter) are the core members of Make Believe Friends (and also Lunden Reign), an all original alt rock band based out of West Hills, California. Laura & Mindy have already released 4 singles with “Follow Me to the Sun” picked as the #1 song of 2019 by Warren Kurtz of Goldmine Music Magazine.

About “Act of Love”:

From Mindy:
The lyrics are referring to any challenge one may face in life, and the resilience of the human spirit to overcome it, even when we may not believe it is possible. “It's the strength to rise above, all it takes is an act of love.” It's about trusting your instinct and staying focused on your path, knowing everything will work out in the end, exactly as it's supposed to be. It's also about how remaining undeterred, open to change and growth, and compassionate towards others during such an uncertain time helps us to get through it, and getting through it together makes us all stronger. “It's a whispered prayer, a selfless dare, it's everywhere.”

From Laura:
We wanted to write an uplifting song and something that speaks about the human spirit in a time of crisis. How people rise to the occasion to help others, even at their own peril. This is an Act of Love.

One thing I know that's real
An iron will, a heart of steel
It's the strength to rise above
All it takes is an act of love
An act of love

It's a whispered prayer
A selfless dare
It's everywhere

Seems to be happening so fast
Pulls like a current,
It's not meant to last
Just a test of our hearts and minds
To see what we’re really made of inside

When pushed over the line
Make the most of
The space that confines
We really don't need too much
What will you do with all this time? 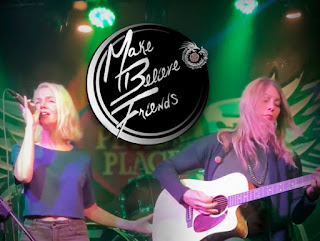 About Laura Espinoza:
Laura is a songwriter/guitarist, playwright, and TV producer. Laura recently won a NARAS songwriting contest, exclusive to Grammy voting members where she participated in a private songwriting workshop with Busby, Rodney Jerkins, and Sarah Hudson. She has performed on stage with Luis Maldonado (Train), Terri Nunn (Berlin), Dale Bozzio (Missing Persons) & Prescott Niles (The Knack) and started her career with Matt Sorum (Guns n' Roses). She has recorded at Capitol Records, Hollywood, Abbey Road, UK and is the host of “The Rock Radio Show” on KBU-FM, Malibu. Laura is also the recipient of 3 Emmy Awards.

About Mindy Milburn:
Mindy has a passion for singing and music. Originally from Cleveland Ohio, Mindy also sings for other bands when not performing with Make Believe Friends and Lunden Reign including both No Doubt and Madonna tribute bands. Mindy is now living in Los Angeles after moving from Ohio and is the proud parent of two wonderful children.

The band will resume live performances after the CoronaVirus pandemic restrictions are lifted.