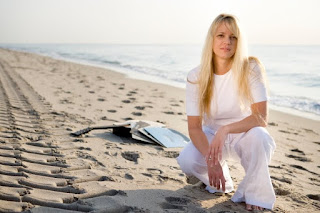 SeaSide Fragments is Created and Produced out of the Love for the Music and Musicians who wrote, created and produced in the 60's and 70's. Each track is carefully thought out, yet recorded in between sound checks and shows, and are collaborations of our friends and artists from these decades and tracks! Each song was recorded in 1 to 2 takes, all musicians live in the studio together with no rehearsal or planned structure, only what was in my vision. Finally mixed and mastered to reflect the analog, vinyl era of Music!

Says producer Kim Reilly, “SeaSide Fragments is basically my idea of doing old classic songs from the 70's era that are special to me. I have asked, and continue to ask  some of the artists I work with over the years and have become good friends to help me in this vision. Every friend/artist I have approached so far has been more than happy to join me and be a part of this vision and labor of love, and has come either to the studio pre sound checks of one of my shows with me, or has flown in tracks to implement. I have never been asked for anything in return. I feel as though I am fortunate in this business to have the relationships I have! The music industry is a cut throat, cruel world, and this has proven to me that it is not that way for everyone!

“'How Long': this track was recorded in 2 takes with just 2 hours of a window between my sound check and show that day. The artists really had no idea what was going on until we arrived at the studio. I told them how I wanted to song revised, and they just nailed it. Dave Muse was added after the fact as I chose a Flute to be part of this track. Billy Livesay (of Clarence Clemons Temple of Soul) was also added in after the fact. The rest of the track was done on the spot! Here is a segment of the SeaSide Fragment intentions.

“I chose this song 'How Long' not only because of it's catchy hook, but because the song is reflecting 'the Bass player performing in another band without the band's knowledge, and then returning.'”

Paul Carrack, original lead vocalist for Ace, responded favorably after hearing the new cover of “How Long” by SeaSide Fragments. The track was produced by Kim Reilly and SeaSide Music Management. 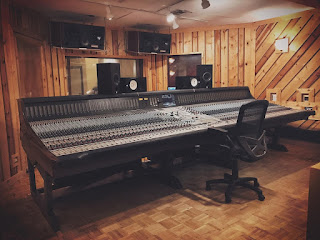 In closing Kim says, “I have 6 other songs completed, with artists such as Eliot Lewis (Hall and Oates, LFDH and Average White Band), Brian Dunn (Hall and Oates, LFDH, Howie Casey, Paul McCartney and Wings), Steve Rodgers (Paul's Son) and so on! 'Love is the Answer' will be my next release! I plan to continue to record these classics with different artists, until...”

Special Thanks to my Friends:
Powerstation Studios
Recorded by Paul Kronk
Mixed by Ross Pallone
Mastered by Mike Fuller of Fuller Sound