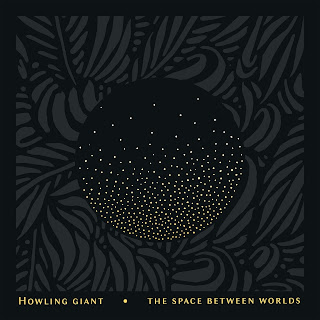 Premiering their debut full-length album The Space Between Worlds, Howling Giant proves they have exactly what it takes to go toe-to-toe with some of Rock N’ Roll’s or better yet, Metal’s biggest contenders like Metallica, Smashing Pumpkins, or even Megadeath. Before even reading what the album concept is, you can tell there is a theme that runs through; as though someone is on a journey for victory.

As you travel through the tracklist, “Ghosts In The Well” is a nice switch-up on the record giving the song a more acoustic vibe, even if it is only temporary. The band does a wonderful job conveying the message of a 9-track journey that almost seems like a video game with some of the track titles. This album is not for the faint of heart, however. It is most certainly is for the veteran Metal lovers because of its heavy tones of vocals and drums.

The idea of a concept album is great for their first full-length feature. A lot of newer Rock bands have more of a Pop-friendly vibe to them to show themselves as radio-friendly, and like something, the labels (especially the larger labels) can market to the masses. This band revitalizes the fresh-out-of-the-garage-band style that has been largely missed due to the implementation of machines and quick fixes.
I have little doubt that there wasn’t some technical editing going through the record, as is with most other albums and genres today but, the record flows through the ears like the adventure it tries to display through their sound.

Like me, if you have never heard of Howling Giant, you would probably be interested right of the bat because of their name. Though I am not the biggest Rock or Metal fan of the world, I appreciate real Rock N’ Roll when I hear it. The album is great if you are looking for inspiration with any type of music. If you are trying to solve the latest bad day of your week, or you just need to find an outlet to get oneself through the journey of the day, this record is most definitely for you. Should you not be able to handle the heaviness and emboldening sound of The Space Between Worlds, I suggest you either wake up, or head elsewhere to find what you might deem as “good music."