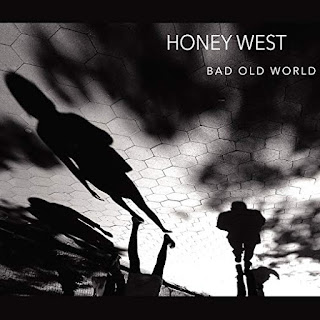 If you are looking for that sound that gets you in the mood for the Fall season, Bad Old World brings the transition to life. It is a great piece to listen to on a cool, rainy day where you just sit back and relax through the day. Maybe you’re reminiscing about years gone by, or planning for rest of the year ahead but, whatever the case may be; the vibe is nothing short of a good time.

The first couple of notes off the record, make the first track sound like “Wake Me Up When September Ends” by Green Day. It sets the tone for the rest of the album puts you in that Fall setting but, replacing punk-rock with a Classic-Rock taste. Ian McDonald and Ted Zurkowski send us on a bit of time travel, back to when looking up at the stars on the girl next door’s rooftop, or the days of just cruising around in your dad’s fixed-up pick-up truck, were the only social norms of that time, rather than staring at a phone the whole time.

In flowing through the tracklist, Bad Old World stays consistent and on a feel-good vibe. “Dementia”, the last track of the album seems to be the only song where the band misses the mark. From “The September Issue” to “Terry & Julie”, each song feels not only sequential, which is necessary for all large bodies of work, but, positive to a degree and as though I am listening to the artists tell of their new journey 20 years later.

Throughout the whole record, the duo emphasizes the importance of keeping their Classic-Rock image with a modern tone. Unfortunately, if you did not grow up around bands like Foreigner or The Allman Brothers, or your parent did not flood your ears with 80s Rock, this concept may be lost to you. This is a great album for anyone who is looking to see that real music and artistry has not gone by the wayside. So much today, has been replaced with machines and auto-tune control, when people, in reality, want raw and real talent. Who could be better to bring talent to a head than original Rock artists like McDonald and Zurkowski?