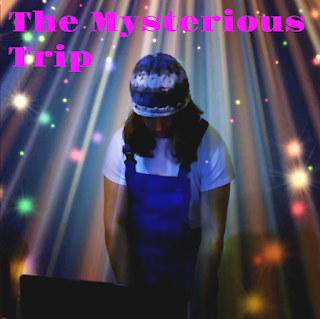 Athens, Greece - Experimental musician and author Billy Yfantis, reveals a new digital single entitled "The Mysterious Trip." The song is an exploration of the analog synth sound as it was defined by artists such as the Tangerine Dream, Vangelis, Klaus Schulze and other pioneers of the experimental electronic music. The recording of the song took place in Athens, Greece during a mysterious and trippy live session.

Billy commented on the new release: "After the experimentation with strange sounds and machines, I decided to invest time and effort in straight edge electronic music. A late midnight live session close to a noisy Athenian road, led to the decision about this recording. It is a mysterious trip to isolate yourself from the surrounding noise and focus on your emotions."

Billy Yfantis also released a new video so as to visualize aesthetically the analog synth sounds of his new track. The promotional video deals with the concept of the analog machines from the 1970s era.

About Billy Yfantis
Billy Yfantis holds 2 Master Degrees in Information Technology and has been working on music since the late 1990s by experimenting with tape mixing and sound design. Billy is playing digital keyboards, but prefers to express his artistic dream through the electronic sounds that come from unusual machines. He has experimented with the recording of vacuum cleaners, electric blenders and other strange sounds that have resulted in musical releases. Moreover, Billy has authored 6 books on music, business and science while from times to times he speaks about the electronic governance at scientific conferences all over Europe.